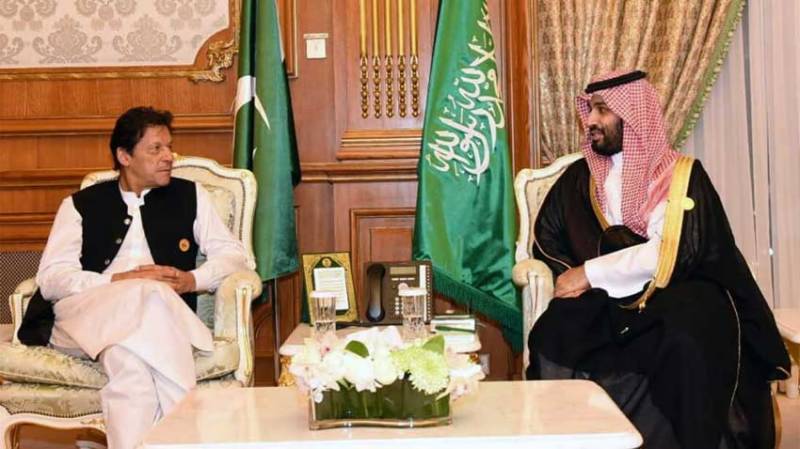 Prime Minister Imran Khan had a bilateral meeting with Saudi Crown Prince Muhammad Bin Salman on the sidelines of the 14th Islamic Summit in Makkah al-Makarrmah.

The two leaders took stock of the current state of bilateral political, economic and trade relations.

Prime Minister Imran Khan and the Saudi Crown Prince agreed to regularly exchange views on all issues of mutual interest.

Pakistan and Egypt have agreed to increase frequency of political exchanges, hold the meeting of Joint Ministerial Commission at an early date and take steps to enhance bilateral trade and economic ties.

The resolve to this effect was expressed during a meeting between Prime Minister Imran Khan and Egyptian President Abdel Fattah El- Sisi, on the sidelines of the 14th Islamic Summit in Makkah-al-Mukarramah.

The two leaders exchanged views on bilateral, regional and international matters of mutual interest, and the issues being faced by the Muslim world.

They also exchanged views on the regional security situation and emphasized the need to exercise caution and resolve issues peacefully.

Prime Minister Imran Khan highlighted the fact that Pakistan and Egypt are two important countries of the Muslim world, having a key role to play on issues relating to the Ummah.

He reiterated the invitation to President of Egypt for visiting Pakistan.

The two sides also agreed that such high level exchanges would steer the relationship towards the comprehensive upgradation that both countries desired.