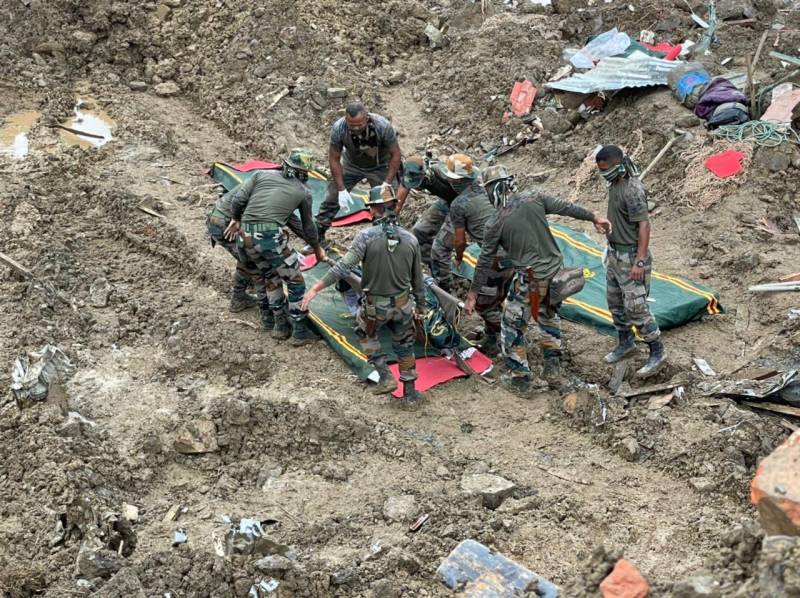 IMPHAL – More than 2 dozen people, including 18 soldiers, have been confirmed dead as a massive landslide hit Manipur’s Noney district late on Wednesday night.

Reports in Indian media said a huge landslide hit a territorial army camp in northeastern state of Manipur where nearly 50 people are believed to be trapped under the debris.

The incident occurred after a landslide took place at a railway construction site in Noney where workers were sleeping in a temporary camp.

Indian troops were reportedly stationed near Tupul railway station for the protection of the under-construction train line in wake of rebel insurgency.

A senior police official told Indian media outlets that nearly two dozen people were taken out from the debris, of which 14 died.

Meanwhile, search operations were underway despite heavy rains, with over 200 rescue workers and security personnel using latest equipment to recover the people. However, officials fear the chances of the remaining people surviving are less.

At least 18 of the confirmed dead were armed forces personnel, while five Indian railway officials were among those missing.

Indian Prime minister Narendra Modi assured all possible support from the central government. He also condoled the death prayed for the injured and missing persons.