Pakistan to respond back to Afghanistan intelligence sharing over Kabul attack
2 Feb, 2018 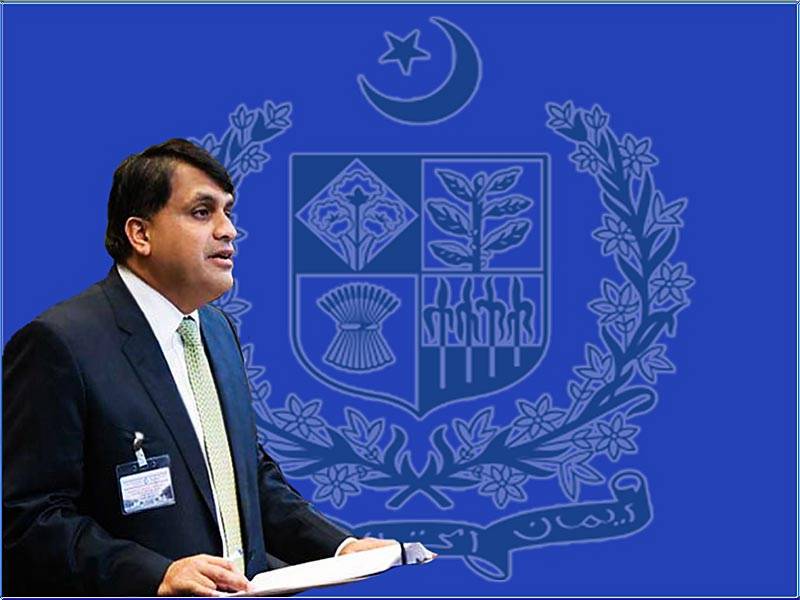 ISLAMABAD: Blaming Pakistan for insurgency is unfair as Afghanistan itself has large swathes of ungoverned spaces that are leaving a vacuum for safe havens and terrorist sanctuaries, Foreign Office Spokesperson Dr Faisal Friday said.

During weekly media briefing here, Dr Faisal said Afghan authorities have shared intelligence regarding recent Kabul attacks and after looking into it we will get back to them.

He said Pakistan shares intelligence with more than 70 countries.

“We are ready to push any suspected TTA & HN elements to prevent them from using our soil for any terrorist activity in Afghanistan.”

He said endless cycle of violence is consistent enemy of Afghanistan and peace in the region cannot be achieved until ungoverned places in Afghanistan are dealt with properly.

“These ungoverned areas are used to flourish and launch attacks on Pakistan”, he said.

He said peace in Afghanistan can only be achieved through an Afghan-led, Afghan-owned management. “It is totally up to Afghanistan to reckon how to tackle insurgent groups within its area”, he added.

Replying to a question, he said Afghan authorities have shared intelligence regarding recent Kabul attacks and after looking into it we will get back to them.

“Effective border management remains one of our prime objectives in preventing cross-border terrorism,” he said.

Pakistan has constructed 975 posts along its border with Afghanistan, while Afghanistan has built nearly 200 posts only, he informed.

Dr Faisal said Pakistan will never allow its soil to use it against another country for terrorism. “Pakistan condemns terrorism in all its forms and manifestations and stand with world to eradicate this menace, he added.

Replying to another question Pakistan’s foreign policy reflects the will of people of Pakistan. “Pakistanis want long standing diplomatic, economic and social relationship with every country including Unite States (US) whatever the difficulties both countries are having at the moment will be sorted out eventually. However, Pakistan must not be blamed for US’s failure in Afghanistan”, he reiterated.

He said Pakistan wants immediate and dignified return of Afghan refugees to their country and international community must play its due role in the repatriation process.

Dr faisal said Pakistan strongly condemns the brutal and indiscriminate use of force by Indian forces that resulted in injuries to several in the Ganowpora village of Shopian district in IoK. “Countering peaceful, unarmed protesters with lethal weapons and direct bullets is another manifestation of the state-terrorism being perpetrated by India”, he said.

He said there are 91 Pakistanis captured in Sri Lankan jails from which 47 have been convicted. “Pakistan High Commission in Sri Lanka is constantly in touch with the prisoners and providing legal assistance to those who can’t afford it’, he said.

He paid tribute to a Pakistani peacekeeper, Naik Naeem Raza who embraced shahadat as part of the UN peacekeeping force in the Democratic Republic of Congo. – APP