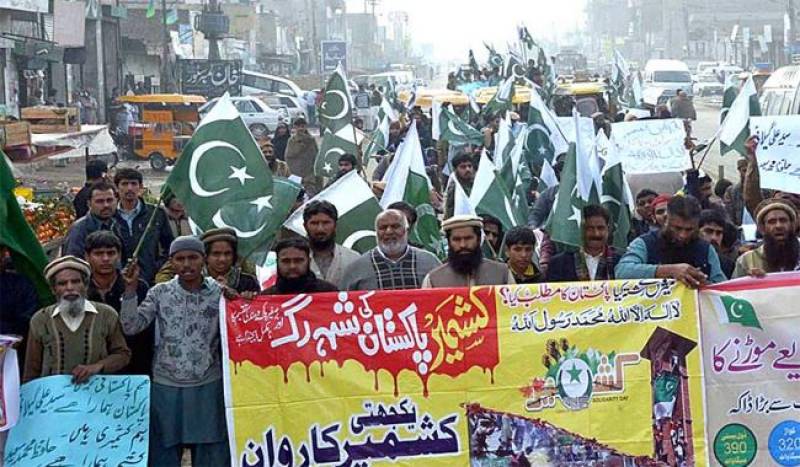 ISLAMABAD: The vexed Kashmir dispute cannot be resolved unless India shows flexibility on its rigid stance and respect the United Nations Security Council’s resolutions to resolve the dispute as per wishes of the people of Indian occupied Kashmir, said Muhammad Farooq Rehmani, of Jammu and Kashmir Peoples Freedom League on Thursday.

Talking to APP, he said Kashmir dispute should be resolved in view of tremendous humanitarian suffering which has taken place in the past 30 years in the occupied Valley of Kashmir as the lack of resolution on the issue has created humanitarian sufferings on both sides of the line of control (LoC).

The world community should honour and defend Kashmiri’s fundamental right to self-determination, he said adding that India must also revoke draconian laws of colonial era.

Responding to a question, he said Kashmiris would observe Kashmir Solidarity Day on February 5 with a renowned pledge to secure freedom from Indian clutches.APP