Gwadar Sea Port is a pearl in the Crown of CPEC: Chinese Ambassador
2 Feb, 2018 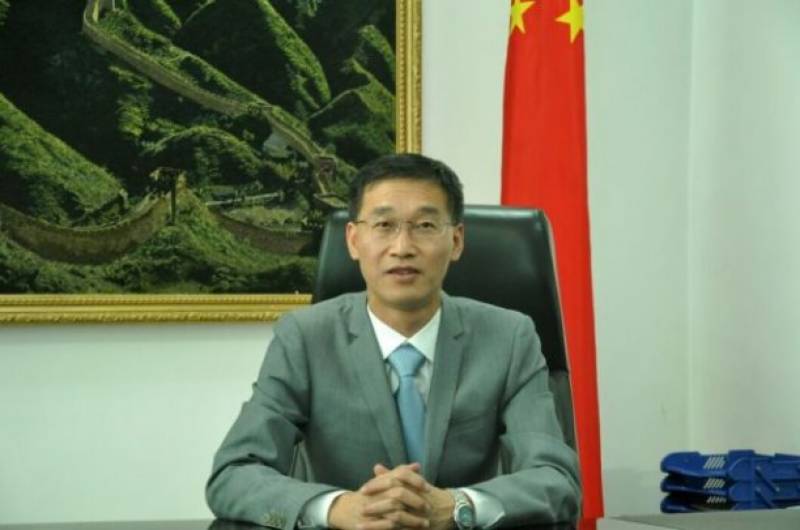 ISLAMABAD : Gwadar sea port will serve as shining example of Pak-China growing deep-rooted mutually cooperative partnership that leads to bring a positive change in the life the common man.

Chinese ambassador Yao Jing in his message on successful holding of Gwadar Expo 2018 said that the development of Gwadar is in line with the principles of the Belt and Road Initiative, which stress wide consultation, joint contribution and shared benefits.

As Prime Minister Shahid Khaqan Abbasi put in Davos, the Belt and Road Initiative is about creating shared future for participating countries.

The message further says that with the commitment and hard work by the both sides, the Gwadar will become a new hub of connectivity and commercial activities, bringing tangible benefits to the people of Balochistan, Pakistan, and the region at large.

As the flagship project of the Belt and Road Initiative, the China-Pakistan Economic Corridor (CPEC) has been making a lot of progress.

As a starting point and the gateway of the CPEC, Gwadar in indeed a pearl on this crown. By now, the port can handle containers and other goods including bulk-cargo, general cargo and RORO with 3 multi-functional berths.

With the construction of the East Bay Expressway, the new airport, and more motorways and national highways, Gwadar will be better connected with other parts of Pakistan.

Gwadar has also become a new destination to investors. Around 5,000 businessmen attended the Expo. With this new Free Zone inaugurated, more than 30 enterprises ranging from banking, hotel, insurance, logistics, seafood processing and home appliance assembly have up their business at the expo.

The development of the Free Zone could serve as a model for the much expected special economic zones (SEZs) under the CPEC framework. The development of Gwadar is more than economic activities. The Chinese companies take themselves as members of the Gwadar community.

With the support of the Chinese Government, they are actively engaged in education, poverty alleviation, medical service and drinking water supply, the message added. It may be stated here that the Gwadar Port has 3 multifunctional berths which can accommodate two 50000-ton vessels simultaneously, including 5 STS cranes, 400 RF reefer container allocations, and the stack yard of 500000 square meters.

The port can handle containers and other goods including bulk-cargo, general cargo and RORO. Currently, seafood containers from Pakistan western coast area can be exported through Gwadar Port to China, Middle East and other regions. Gwadar port is now connecting Karachi by marine high coast way, and connecting Punjab Province and Sindh Province with M8 highway.