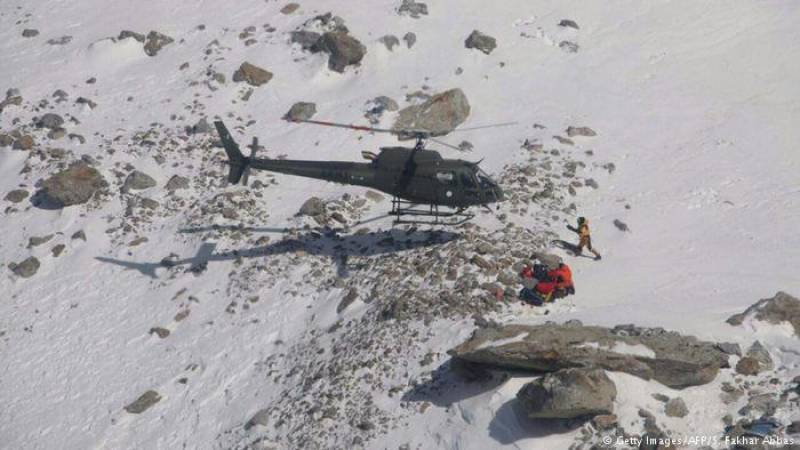 ISLAMABAD - The people of France and Poland have praised Pakistan for helping in an operation carried out to rescue the Polish and French mountaineers on the killer mountain of Nanga Parbat in north of Pakistan last week.

The Pakistani diplomat extended his heartfelt sympathy to the family members of the missing climber.

Four members of a team of Polish climbers who were engaged in an expedition at the base camp of K2, were transported by a Pakistan Army aviation helicopter to Nanga Parbat in order to rescue the two missing Polish and French mountaineers.The French mountaineer, Elisabeth Revol, was rescued but the Polish climber, Tomasz Mackiewicz, who was with her, has been missing since.

In a statement issued in Warsaw, the French mission to Poland said, those involved in this rescue operation demonstrated exemplary courage and solidarity.

The French mission said they appreciate the excellent efforts of Polish climbers, cooperation between the Polish and French representatives in Pakistan, as well as with the Pakistani authorities.

In an expedition that ended in a tragedy, Mackiewicz became the first Pole to conquer in winter the 8,126-metre summit of Nanga Parbat, the ninth-tallest mountain in the world, his climbing partner, Revol, said.Mackiewicz climbed to the peak on January 25 alongside Revol, making it the second expedition to conquer the mountain in winter.