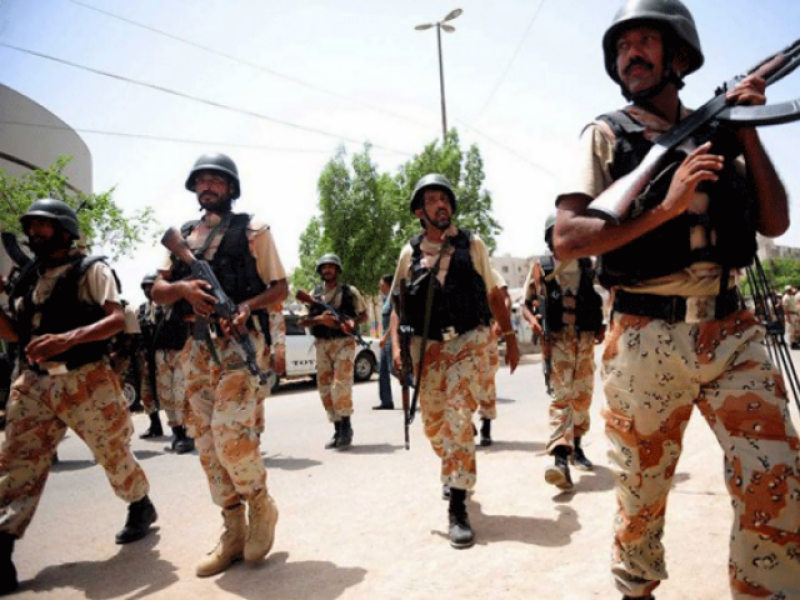 Sindh Rangers in an action have arrested five criminals from various areas of Karachi.According to the spokesman of Sindh Rangers, among the arrested criminals two belong to a militant wing of political party, one to Lyari gang war and another one belong to banned organization.

The raids were carried out in Baldia Town, SITE, Keamari and Zaman Town.

Meanwhile Sindh Rangers in an operation carried out in Federal B Area of Karachi recovered a big cache of arms and ammunition buried in the graveyard.