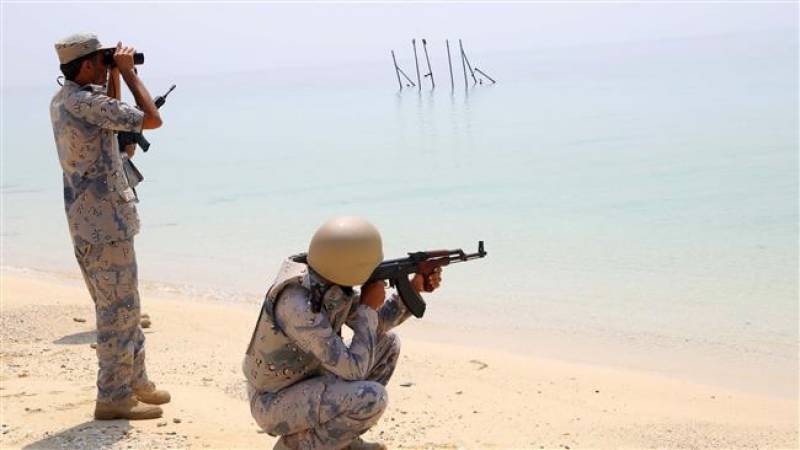 RIYADH: A Saudi soldier has been killed in a firefight on the border with Yemen, where a Saudi-led coalition has been battling rebels, the interior ministry said on Thursday.

A border guard post in Jazan province came under heavy Yemeni rebel fire at 6:30 am (0330 GMT) on Wednesday, the ministry said.

The army intervened to back up the border guards and one soldier was killed.

At least 113 Saudis have now been killed in skirmishes or rocket strikes along the frontier since the coalition launched its intervention in Yemen almost two years ago.

The gun battle came as forces loyal to Yemeni President Abedrabbo Mansour Hadi pressed an assault against the rebels with coalition backing just across the border around the Red Sea coastal town of Midi.

Early last month, loyalist forces launched a two-pronged offensive along the coast, thrusting north from the Bab al-Mandab strait at the entrance to the Indian Ocean and south from the Saudi border.

On Monday, the coalition said two Saudi sailors had been killed in a rebel “suicide” boat strike on a frigate patrolling off the coast. The rebels said they hit the ship with a guided missile.

The government and its coalition backers have come under mounting international pressure to agree to a UN ceasefire plan.

More than 7,400 people have been killed since the Saudi-led intervention began in March 2015, most of them civilians, according to the World Health Organisation.

The rebels remain in control of the capital Sanaa and much of the densely populated highlands, as well as the main Red Sea port of Hodeida.