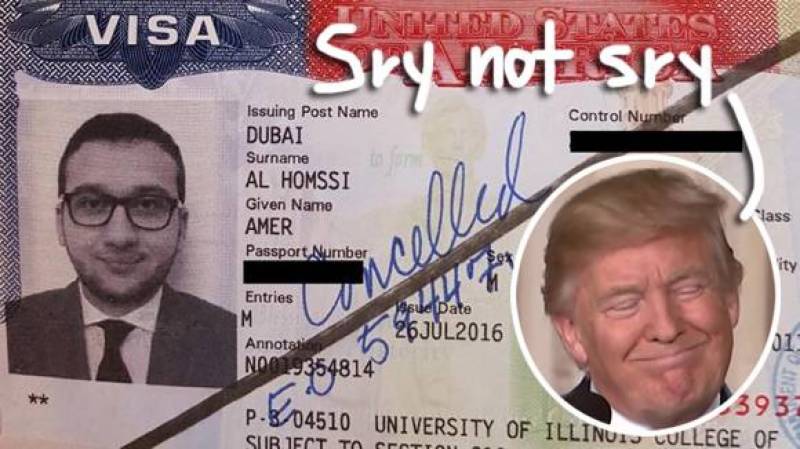 A Chicago-based doctor is suing the Trump administration stating he has been stranded in the Middle East following the new US president’s travel ban.

The suit refers to the plaintiff as “collateral damage” of Trump’s recent travel order, naming Trump, the US Department of Homeland Security and its Secretary John Kelly as well as US Customs and Border Protection and its acting Commissioner Kevin K McAleenan as defendants.

Dr Al Homssi, 24, has a Syrian passport but holds residency in the United Arab Emirates where he has lived all his life. He currently resides in Chicago on a J-1 student visa as he completes his medical studies.

The 21-year-old had travelled to UAE 11 days prior to get married, but as he tried to board a flight to travel back to the US, the Etihad Airways counter noticed his Syrian passport and he was summoned for a secondary screening.

His lawsuit filed at a district court in the state of Illinois, also states that he cooperated fully, voluntarily turning over his mobile phone and personal belongings.