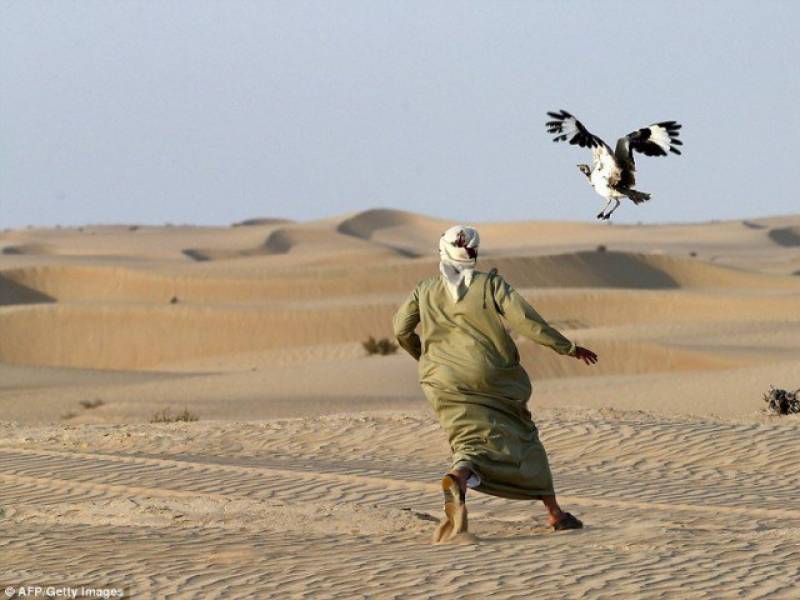 ISLAMABAD: Official sources said an advance party of the Emir of Qatar was enroute to Mashkeel to make arrangements for hunting the houbara bustard when it ignored Levies personnel’s signal to stop at their post for checking.

The entourage reportedly tried to escape by breaking the Levies barrier.

Levies officials chased the convoy and detained the 16 men in four vehicles.

He added that their four vehicles were also taken into custody.

The Emir of Qatar is expected to reach the district for hunting within the next few days.