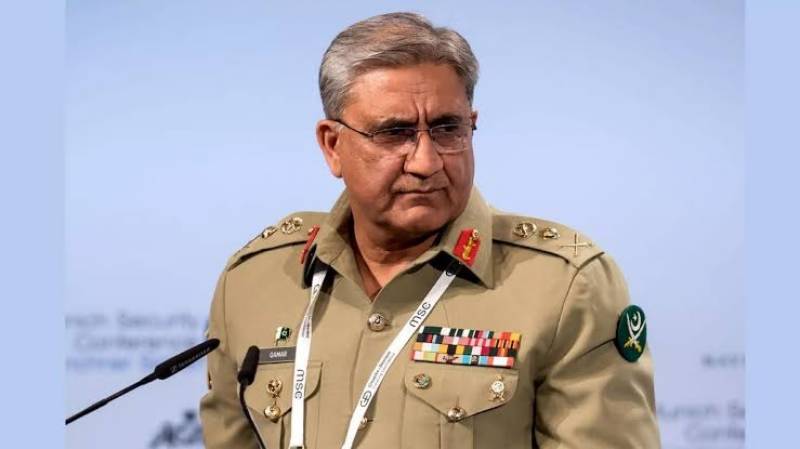 The COAS was speaking during the Islamabad Security Dialogue 2022 where he said that Pakistan believes in resolving Kashmir issue through talks and diplomacy.

“We want all our issues with India to be resolved through dialogue,” he said and added that water-related issues should also be addressed via talks.

The army chief said that situation at Line of Control (LoC) was satisfactory and ceasefire has brought peace to the border areas. He, however, expressed concerns over landing of an Indian supersonic missile in Pakistan and said that it could have resulted in human and infrastructural losses.

“India should demonstrate to the world that its weapons are in safe hands,” he said.

COAS Qamar Javed Bajwa said that Pakistan has played a responsible role in the conflict and had returned the Indian pilot while keeping in the international laws.

He said that security in the region is the policy of the country and in a bid to play its role there is a need to have peace inside and outside the country. “Our region is faced by terrorism, climate change and poverty,” the COAS said and added, “We are committed for a prospering and peaceful Pakistan.”

While sharing thoughts on the Ukraine, Russia conflict, he said that Pakistan is demanding ceasefire in the conflict and the both countries should not allow the conflict to go out of their hands. “Russian attack in Ukraine is regretful as innocent people are being killed in it,” he said.

The COAS, however, said that Pakistan do not believe in camp-politics link and wanted to work with each side.