In a shame, Absconder Ishaq Dar announces the formation of next Pakistani government from London
2 Apr, 2022 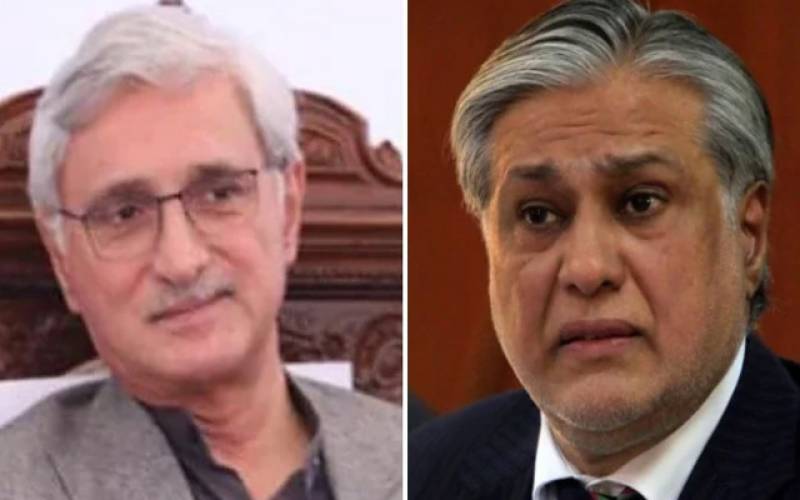 Estranged’ member of Pakistan Tehreek-i-Insaf (PTI) Jahangir Khan Tareen has announced his group’s (JKT) support link for Leader of the Opposition in the Punjab Assembly and Pakistan Muslim League-Nawaz (PML-N) leader Hamza Shehbaz link in election to the seat of Punjab chief minister.

Ishaq Dar, former finance minister and a senior PML-N leader, currently living in London, announced that their talks with Jahangir Khan Tareen remained productive, and he welcomed JKT group’s cooperation from the bottom of his heart.

In a tweet, Ishaq Dar said the final round of talks with Jahangir Tareen link fruitful.

Hardly 10 hours ago, 24News TV channel had reported that PTI’s estranged Chheena group had announced its support link for PML-Q leader Chaudhry Pervaiz Elahi in election for the seat of Punjab chief minister.

A total of 14 members of the group have announced they will vote in favour of Ch Pervaiz Elahi.

The PML-Q leader had met the group on Thursday and the group had asked for 24 hours to reach a decision.