Two Pakistanis arrested in Saudi Arabia in one of largest ever drug smuggling operation
1 Sep, 2022 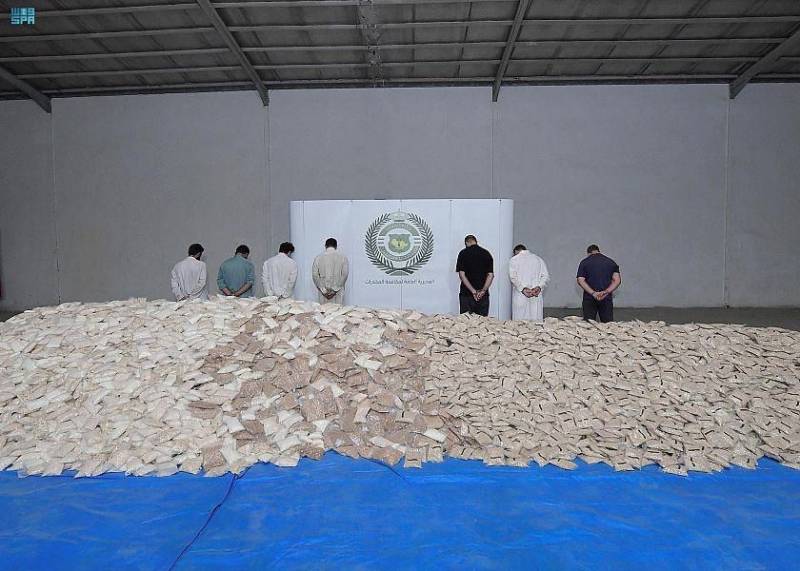 RIYADH – Authorities in Saudi Arabia arrested eight people, including two Pakistan nationals, after they busted a drug smuggling bid in what is being termed as country’s biggest operation.

The Saudi state-run agency SPA reported that security authorities followed up a shipment on its arrival at the Dry Port in Riyadh.

Security agents, in coordination with the Zakat, Tax and Customs Authority, raided the warehouse where the shipment was taken and arrested eight suspects engaged in the smuggling attempt, including 6 Syrians and 2 Pakistanis.

The officials recovered 46,916,480 amphetamine pills, a type of drug used by affluent youth, hidden in a flour shipment.

The Official Spokesperson of the General Directorate of Narcotics Control (GDNC) Major Mohammed Al-Nujaidi noted, “this is biggest operation of its kind to smuggle this amount of narcotics into the Kingdom of Saudi Arabia in one operation”.

He stressed that security personnel are going on with determination and resolve to implement their duties to follow up on the activities of criminal networks that target the security of Saudi Arabia and its citizens with drugs, and to combat and foil such attempts and arrest all people involved to receive the deterrent penalties.