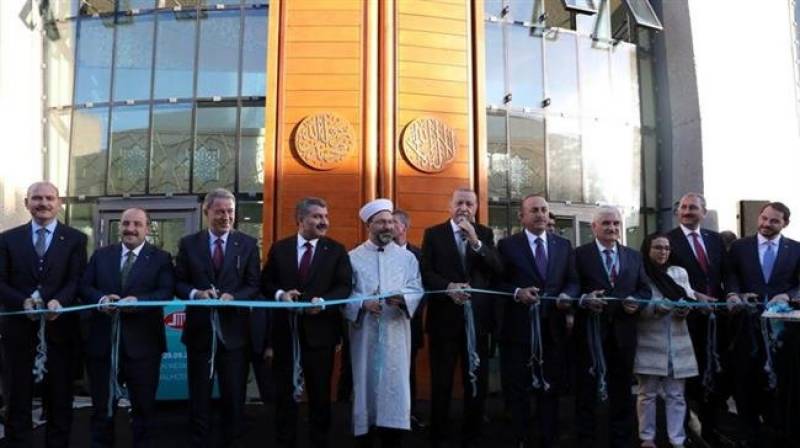 Turkish President Tayyip Erdogan has wrapped up a three-day visit to Germany with a visit to Cologne, where a security lockdown kept supporters and protesters away from a ceremony to open the country's largest Mosque.

Police snipers were stationed on rooftops and the area was cordoned off after the city authorities cancelled plans for up to 25,000 people to be allowed to gather outside the mosque, built by an Islamic Religious Organization that has close ties to Turkey.

Germany had invited Erdogan for the three-day state visit in an attempt to mend ties hit by a crackdown on his opponents following a failed coup in 2016, hoping to secure the release of several of its citizens who remain in detention.