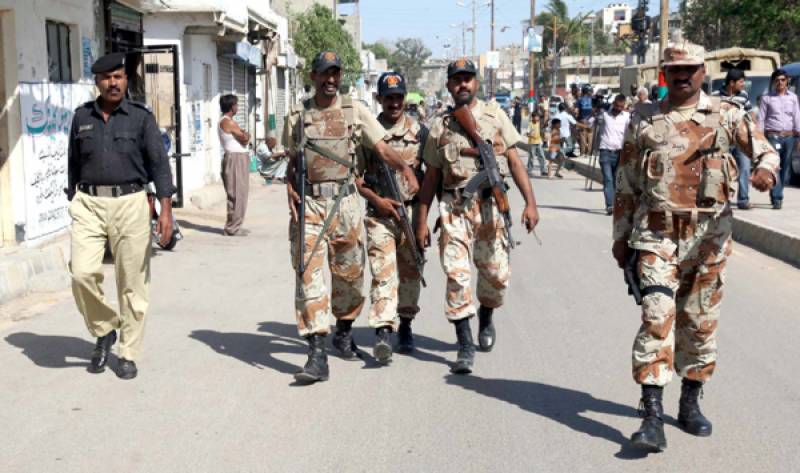 KARACHI: Pakistan Rangers- Sindh, in targeted raids, arrested five alleged criminals from different areas of the city and recovered weapons and snatched property from their possession.

According to a press release of the Rangers, two accused identified as Shehryar alias Sheeri and Muhammad Zada were arrested from Gargen area for the alleged involvement in criminal activities including extortion and dacoities.

In another raid, the Rangers arrested three street criminals identified as Shah Jahan alias Samoo, Muhammad Ahmad and Faraz from Kharadar and Jamshed Quarters areas. Snatched items including mobile phone sets and weapons were seized from them.

The accused have been handed over to the police for further legal action.