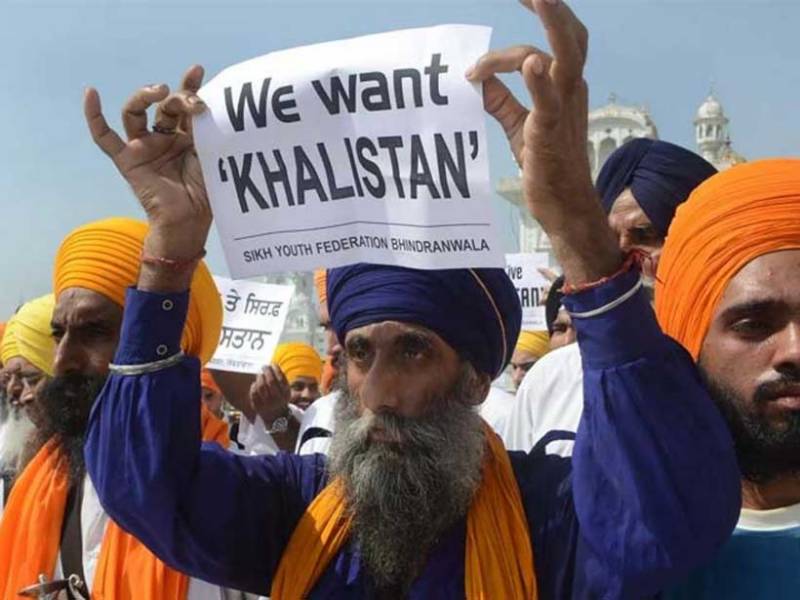 LONDON – Thousands of Sikhs across the United Kingdom took part in a referendum for an independent Sikh homeland, Khalistan, at the Queen Elizabeth Centre near the British parliament on Sunday

On this day Indian premier Indira Gandhi was assassinated in 1984 for ordering Operation Blue Star in a bid to curb the Sikh movement.

The voting, organsied by Sikhs For Justice (SFJ), started at 9am and continued till 6pm under the supervision and monitoring of a non-aligned panel of direct democracy experts, the Punjab Referendum Commission (PRC).

Thousands who took part in the voting process responded to the question: “Should Indian-governed Punjab Be An Independent Country?”

Chartered buses from more than 100 Gurdwaras transported voters to the Queen Elizabeth Centre where large queues formed throughout the day as eager voters aimed to get into the hall to cast their votes. More than 200 Sikhs volunteered for the day.

Gurpatwant Singh Pannun said the SFJ is an international human rights advocacy group that spearheads the campaign for Sikhs’ right to self-determination, which is one of the fundamental rights of all people guaranteed in the UN Charter.

He said India had propagated for long that only a few dozen Sikhs were behind the Khalistan movement but the participation by thousands of people in India had shown to the world that Khalistan had the support of tens of millions of Sikhs across the world.

British Sikh human rights activist Paramjeet Singh Pamma, who had been at the center of the controversy between India and the UK over his extradition case, said that Sikhs have showed up to vote in the referendum, in thousands, to express their “anger” at the Indian government’s actions.

Pamma, who has been acting as the UK Coordinator for Khalistan Referendum, further stated that the successful participation showed that Sikhs will never forget what India has done to them to annihilate their identity and history. He said that Sikhs have realized that their salvation lies only when they live in an independent homeland called Khalistan.

A leading Sikh activist, Gurcharan Singh said that “India is a fascist state which believes in the supremacy of Hindus only and doesn’t tolerate other religious minorities”.

He said that the Indian government spent millions of dollars to stop this referendum from taking place but added that the resilience of Sikhs had prevailed. He said thousands came out to register their support for an independent homeland, Khalistan.

Dupinderjit Singh, who has been actively involved in the Khalistan activism for decades now, said that the Punjab Referendum is the voice of Sikhs from all over the world.

“We have shown to the world today that our voice cannot be suppressed.”