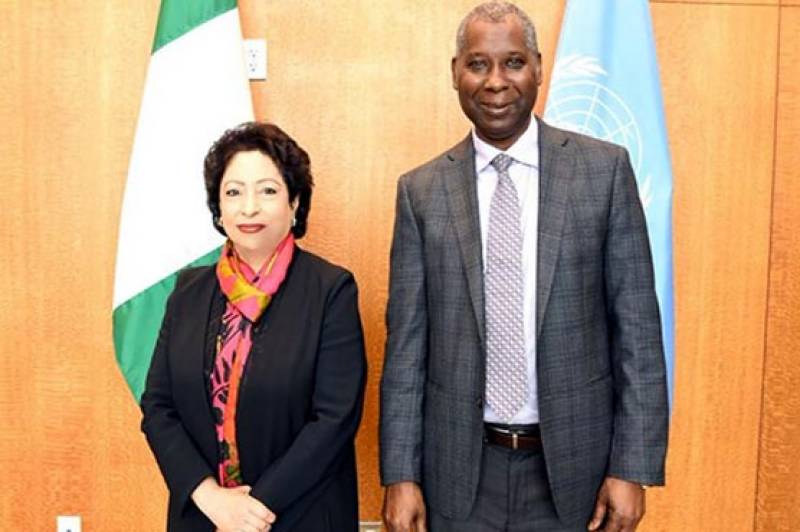 NEW YORK – Outgoing Pakistan’s Ambassador to United Nations, Maleeha Lodhi has underscored the need for the world community to play its role in settling the decades-old Kashmir dispute.

Before leaving New York for home, in her last farewell call on the President of UN General Assembly, Tijjani Muhammad-Bande, she said that the world is witnessing a growing lack of trust in institutions of global governance, which are seen by many as detached and removed from the lives of ordinary people, and unresponsive to their aspirations.

The ambassador urged United Nations to live up to the principles and purposes of its Charter, respect sovereign equality of states and work towards peaceful settlement of disputes.

She also stressed the need for upholding all fundamental rights, including the right to self-determination.

Maleeha Lodhi said human rights violations are growing in the iron curtain that has descended on Occupied Kashmir.

The President of the General Assembly appreciated the work done by Maleeha Lodhi as the Permanent Representative of Pakistan and congratulated her on completion of a very successful tenure.