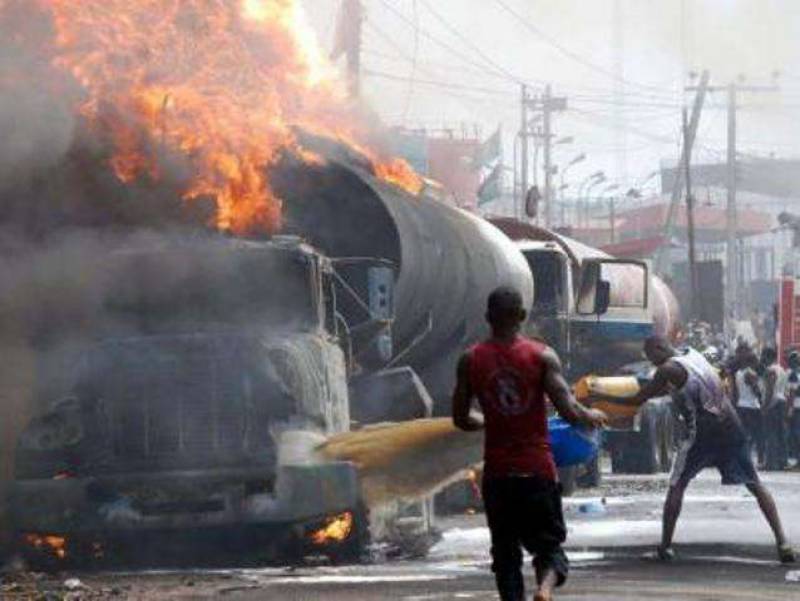 CHARIKAR: At least 15 people were killed and 27 wounded when fuel tankers exploded in the town of Charikar, northwest of the Afghan capital Kabul on Wednesday, destroying a nearby bus, residents and officials said.

A security official said a sticky bomb destroyed two tankers, setting off an explosion that engulfed the bus, burning many passengers to death.

Waheeda Shahkar, a spokeswoman for the local governor, put the death toll at least 15, with 27 wounded.

There was no immediate claim of responsibility for the attack, which came a day after up to eight people were killed by a suicide bomber in Kabul.