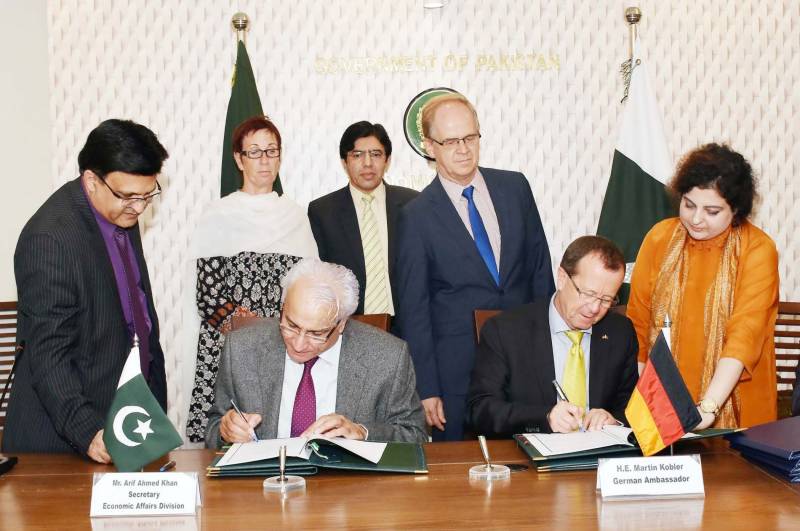 ISLAMABAD: Pakistan and Germany on Tuesday signed four financial and technical agreements for vaccination and polio eradication from the country.

Besides rehabilitation of displaced persons, promotion of renewable energy and welfare of the workers of Pakistan Textile Industry, the agreements relate to enhancement of cooperation for Donors Trust Fund, Employment Support, Social Health, and basic infrastructure projects in Khyber Pakhtunkhwa and Federally Administered Tribal Areas (FATA).

Secretary Economic Affairs thanked the government of Germany for supporting Pakistan in its efforts for eradication of polio. He assured the agreements would be implemented as soon as possible.

Speaking on the occasion, the German ambassador said that these agreements were aimed at making Pakistan’s vaccination system more effective.  The number of polio cases in Pakistan had been reduced significantly, which was a positive sign, he added.

He said around 21.6 million children would benefit from these agreements and added Germany would continue support for making Pakistan polio free.