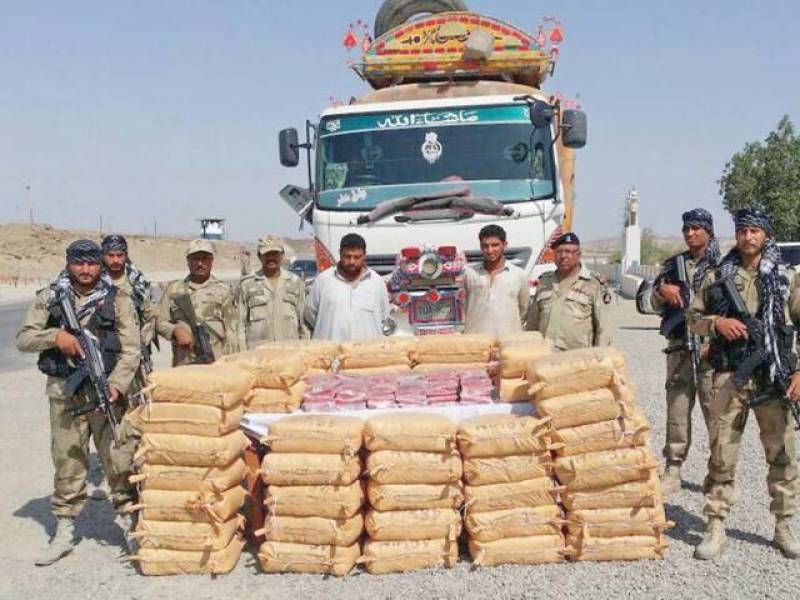 The PCG got the information that an attempt to be made to smuggle high quality chars, following the tip-off, the Director General (DG) PCG Ateeq-ur-Rehman directed the officers concerned to enhance the checking/patrolling in their respective jurisdictions,  said a press release issued on Tuesday.

The PCG officers extensified vigilance and search on the suspicious places. On Monday night the PCG officers succeeded in recovering 480 kilograms of high quality chars hidden in the mountains of Sardash, near the sea.

The Chars was stated to be smuggled to middle-east.The seized chars is estimated worth Rs.570 million in the international underground market, it added.