Members of upper house of parliament ask US not to blame Pakistan for its failure in Afghanistan
1 Nov, 2017 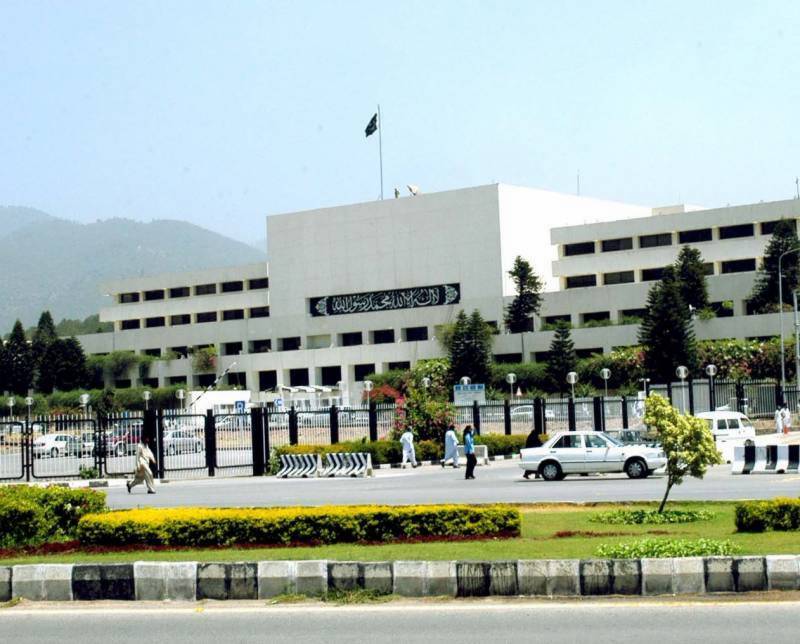 The Senate was informed that National Counter Terrorism Authority (NACTA) is being provided budget as per its requirements to deal with the security related challenges.

This was stated by Minister of State for Interior Talal Chaudhry while speaking during the question hour in Senate on Tuesday evening.

He said NACTA's budget has not been cut but increased manifold over the last few years. He said that the budget estimate of 1528.72 million rupees was submitted to the Finance Division for the current financial year in respect of NACTA. An amount of 143.019 million rupees has already been allocated while the remaining 1385.70 million rupees will be released as and when demanded by the counter terrorism authority.

The Minister of State informed the House that Khyber Pakhtunkhwa, Sindh and Gilgit Baltistan have cancelled the registration of some seminaries for various reasons including their involvement in anti-statement activities.

Minister for Railways Khawaja Saad Rafique told the House that the earning of Pakistan Railways has increased by 18 billion rupees to over 40 billion rupees over the last few years.

He said the upgradation of mainline-1 and construction of dry port and cargo handling facility have been included as early harvest projects under China Economic Pakistan Corridor.

Saad Rafique said preparatory work on these projects has been initiated on fast track basis. He said upgradation ML-2 and ML-3 and establishing new lines for linking Gwadar and Khunjerab have also been planned.

The Railways Minister said the project for computerization of Railways land record is near completion which will ensure to safeguard the Railway land through a computerized monitoring system.

The House today commenced debate on the recent visit of the US Secretary of State to South Asia in the wake of new US policy.

Taking part in the debate, the members said that Pakistan will never accept Indian hegemony in the region.

They said there is no military solution to Afghan conflict and a course of dialogue should be perused to bring peace and stability to the war torn country.

They said that the US should fulfil its commitments made for bringing peace to Afghanistan.

They said that Pakistan on its territory has taken decisive actions against the terrorist groups and its successes are far more when compared with the US in Afghanistan.

The members said that the US should not hold Pakistan responsible for its own failure in Afghanistan.

They emphasized the need for maintaining unity in our ranks to cope with the challenges on the internal and external fronts.