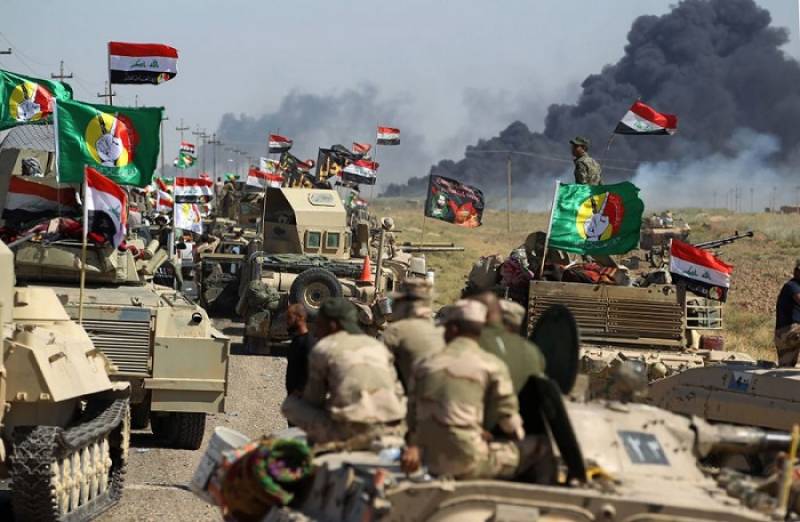 Habbaniyah: Iraqi forces on Tuesday battled up to the edge of Al-Qaim, the largest town still held by the Islamic State group in the country, as they pushed a final assault on the jihadists.

Iraq's Joint Operations Command said government troops -- backed by US air strikes and Sunni tribal fighters -- captured the village of Al-Obeidi, some 20 kilometres (12 miles) from the Syrian border on the eastern outskirts of the town.

"IS fighters resisted the advance of the troops, but the majority retreated to positions in the centre of Al-Qaim," it said in a statement.

Al-Qaim and the surrounding pocket of barren desert territory along the Euphrates river is now the last remnant in the country of the self-styled caliphate IS declared after rampaging across Iraq and Syria in 2014.

Iraq launched the offensive on the Al-Qaim region -- which also includes the smaller town of Rawa -- on Thursday to finish off a punishing campaign that saw it force the jihadists out their major urban stronghold Mosul in July.

Al-Obeidi was "one of the most important locations for IS fighters, who were there in great numbers," local tribal militia commander Qatari al-Obeidi told AFP.                  "They had arms caches and production lines for making explosives and preparing suicide bombers."