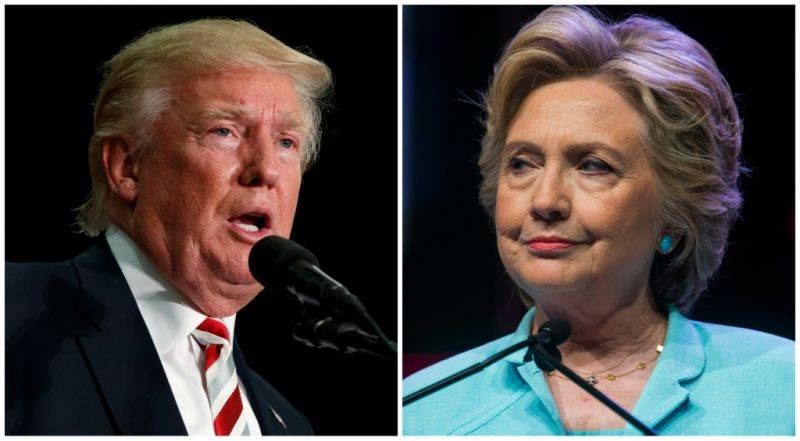 WASHINGTON: (APP) An explosive new poll showed Donald Trump leading the race for the White House Tuesday, amid an avalanche of revelations and allegations a week before Election Day.

Experts caution not to put too much stock in any one poll, especially one well within the statistical margin of error.

Clinton is still the overwhelming favorite, thanks to the quirks of the US electoral system, which tallies the winner based on weighted state-by-state races.

But the shock ABC poll caps a series of surveys that point to a race which is narrowing in the final sprint.

The idea that the 70-year-old Trump is still in with a chance will surprise many and prompt jitters among Democrats and the financial markets.

The bombastic reality TV star has been pummeled by allegations that he groped several women and has shady ties to Moscow.

A week ago pundits were rushing to declare the election over.

Now, voices on Wall Street are warning that markets have not taken the prospect of a Trump presidency seriously enough.

"A Trump win could lead to a 11-13 percent sell-off," on the S&P 500 share index, analysts at Barclays warned clients Tuesday.

That would be a bigger crash than the day Lehman Brothers went bust in September 2008, the nadir of the financial crisis.

Simon Johnson, former chief economist of the International Monetary Fund, warned such a shock "would cause the stock market to crash and plunge the world into recession."

The tumultuous two-year race -- featuring suggestions of sexual assault, Russian espionage and financial wheeler-dealing -- may have few twists and turns left in store.

On Monday Trump was hit by fresh allegations, revealed in The New York Times, that he not only dodged paying income tax, but did so in a legally dubious way.