Malaysia-China signs defence deal in tilt toward China away from US
1 Nov, 2016 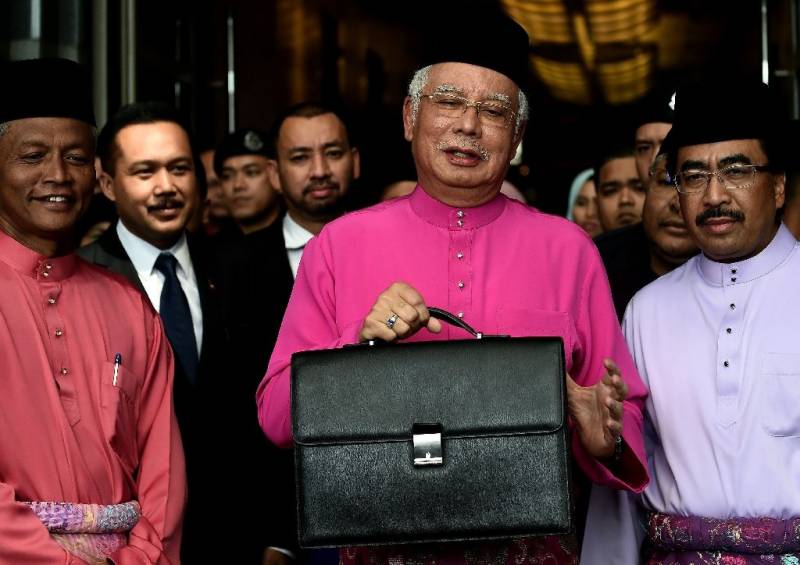 BEIJING: (APP) Malaysia and China signed a defence deal and pledged closer cooperation in the South China Sea Tuesday, signalling a potential strategic shift by Premier Najib Razak as his ties with the United States fray over a corruption scandal.

Meeting at Beijing's Great Hall of the People, Najib and his Chinese counterpart Li Keqiang witnessed the signing of nine agreements spanning defence, business and other spheres.

"I believe this visit will bring our bilateral ties to a new high... a historic high," Najib said prior to meeting with Li.

Asked for details of the defence arrangement, Chinese vice foreign minister Liu Zhenmin said that the two countries were "focusing on naval cooperation," adding that the deal "marks a big event in our bilateral ties."

China and Malaysia have an outstanding territorial dispute in the South China Sea, which is claimed almost in its entirety by Beijing.

Parts of the vast maritime region are also claimed by the Philippines and Vietnam, among others, who have found themselves caught in an increasingly tense dispute between the US and China over Beijing's construction of military-capable artificial islands in the region.