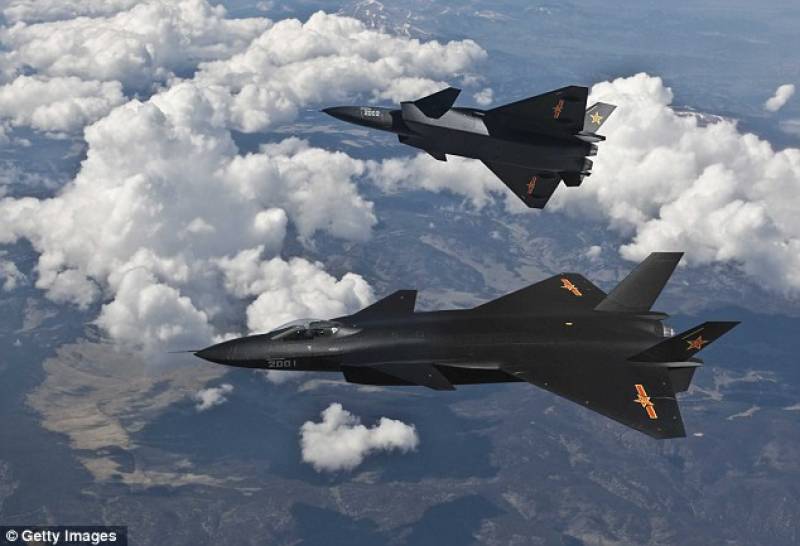 BEIJING: China has stunned the world and has left sleepless nights in United States with the unveiling of its stealth fighter jet J-20.

Two of China’s secretive J-20 warplanes swept over a gasping crowd at the Zhuhai air show Tuesday, potent symbols of Beijing’s aspirations to military might.

The fighters were not announced on the schedule and appeared in the sky just after a colourful aerobatics show by the People’s Liberation Army Air Force.

With no fanfare but an abrupt announcement by the master of ceremonies, the dark, powerful jets rumbled side by side over the sun-baked spectators. Two minutes later one blasted vertically into the sky and the jets were gone.

Swift and heavily armed, the warplanes represent a leap forward in China’s ability to project power in Asia and compete in capabilities with the United States.

Beijing is seeking to modernise and upgrade its military both to protect its borders and project power into regions such as the South China Sea, a resource-rich strategic waterway where it has disputes with several neighbours.

China’s only international aerospace expo, it serves as a stage for Beijing to flex its muscle before an audience of cheering citizens and foreign guests from 42 countries including Russia, Pakistan and Britain.