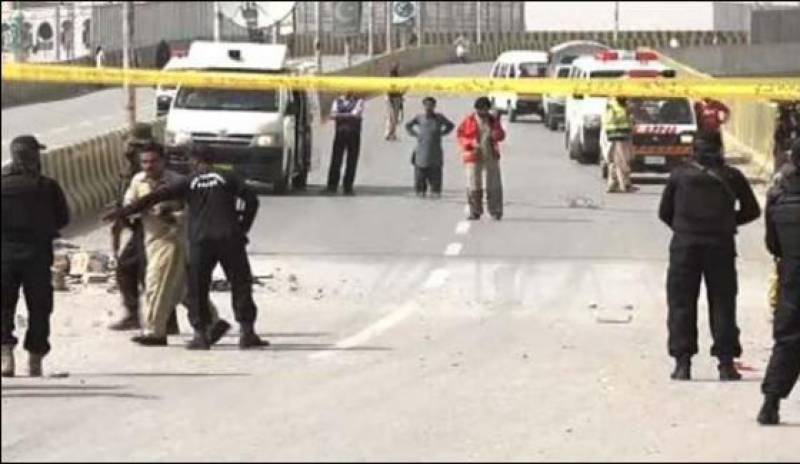 QUETTA: (APP) At least three persons suffered injuries in a blast took place at office of Civil Defense in Balochi Street area of the provincial capital, here on Tuesday.

The police sources said that the staffers of Civil Defense Quetta Office in Balochi Street were busy in cleansing of explosive which went off, leaving them injured.

Three employees suffered injuries as explosive exploded when they were engaged in cleansing it at Civil Defense Office, they said.

The injured were rescued to hospital for medical treatment. The wounded were identified as Saif, Abdul Bari and Usman.

According to doctors, condition of Saif was critical.

The police have been investigating into the incident.