Sheikh Rashid writes an application to COAS and DG ISI
1 May, 2022 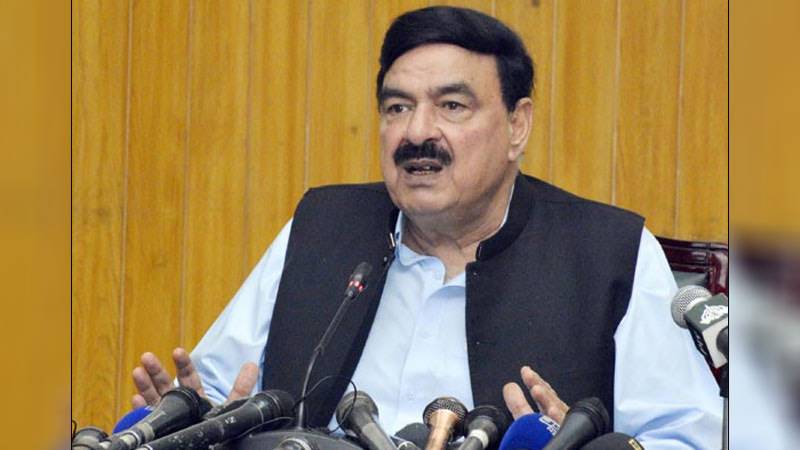 In connection with the issue of the Madina incident and government actions against him, former interior minister and a strong critic of the sitting rulers Sheikh Rasheed Ahmed Sunday filed two separate applications to the police and Chief of the Army Staff (COAS) for his protection.

He said in the application submitted to the Kohsar Police Station in Islamabad that Rana Sanaullah was giving threats to him and if he would be murdered outside or in the jail, above mentioned seven people would be responsible. The above-mentioned people want to kill me and thwart Imran Khan's long march, he added.

Sh Rasheed said he said some suspicious people have been deputed outside his media centre located in Islamabad last night.

The former interior minister also confirmed that he has made a request to the Army Chief, and director generals of the ISI, Military Intelligence (MI), Intelligence Bureau (IB), and Federal Investigation Agency (FIA) to probe into the matter of removing unwanted people’s names from the Exit Control List.

He said they are the protectors of the Namoos-e-Rasalat (SAW) and they send curses on the person whoever tries to mock the Holy Shrine of Last Prophet Hazrat Muhammad (Peace Be Upon Him).

The Awami Muslim League (AML) chief Sheikh Rasheed also said that if Maryam Aurangzeb gives testimony that his nephew Rashid Shafiq was there in Masjid-e-Nabvi that day, he will accept her claim.