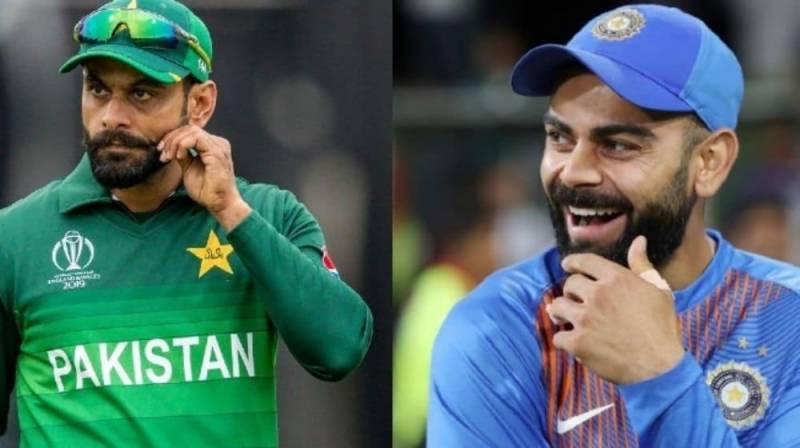 Indian batting great Virat Kohli’s form and performance are under the scanner with former cricketers saying that he should take a break from cricket including the former all-rounder, Mohammad Hafeez.

Discussing his recent performance in the Indian Premier League, the former cricketer said that he should give himself a break for self-analysis, and revisit his strategy as it might be mental fatigue that has disturbed his form.

It could be mental fatigue, a different environment, or different pressures during that period. I think he is a living legend. But I think he should give himself a break, do some self-analysis, and revisit his strategy.

While appreciating his thirst and passion for cricket, Hafeez stated that he has always seen professionalism in him as the way he dedicated himself to the game and what he has achieved in over a decade of his career.

The achievements he has and his honesty with the game. The way he has played this game with a lot of love and passion, I have never seen any player do like this. I have seen a lot of professionalism in him. I think instructing him what or what not to do would be wrong, but in my opinion, there are a lot of factors. If I go on my personal experience, the reason for your lean patch is yourself. At some point, you are not sticking to your basics which is why the lean patch is extended.

The former all-rounder further added that Virat is a technical cricketer and knows the basics of the game and if he starts working on his basics again it will definitely bring his form back.

And the basics in his game are already there, he is a wonderful player technically, tactically. I have never seen a better player than him in my career. But the factors around him, if he honestly assesses them and gives himself a break and works on his basics again, will help any player and not only Virat Kohli. But if anyone will continue playing under lots of pressure and different thoughts, it never works.