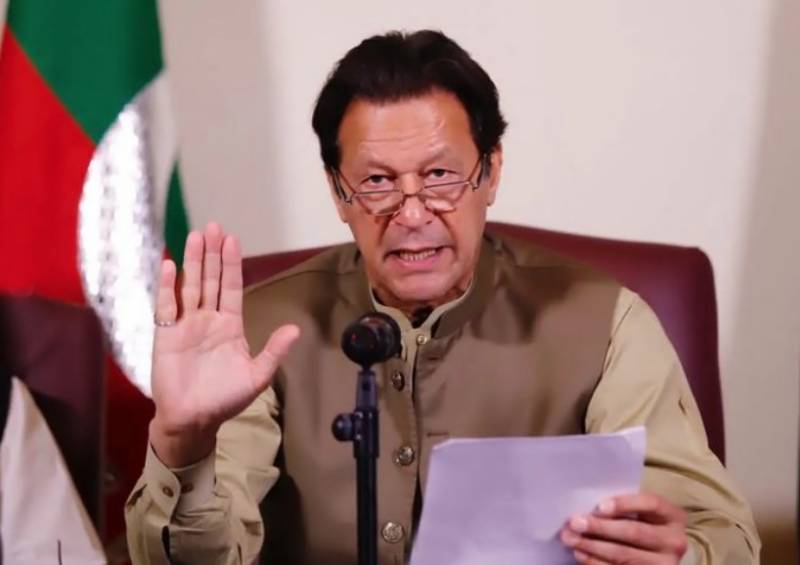 ISLAMABAD – Former Prime Minister Imran Khan, who was ousted by a no-confidence vote in parliament in April, released a whitepaper detailing corruption cases against the Pakistan Democratic Moment (PDM) members.

PTI Chairman addressed the presser in which he disclosed startling revelations while he also urged for early elections.

Flanked by PTI leaders Shah Mehmood Qureshi and Fawad Chaudhry, Khan mentioned that there were 16 cases of mega corruption against the Sharif family, saying the incumbent setup is making changes for another NRO.

Imran pointed out that the FIA director was posted out soon after PM Shehbaz Sharif formed the cabinet, and expressed fear that the record of all cases would be destroyed just like the record of Lahore Development Authority.

He added that his government did not make any new cases on the now ruling Pakistan Muslim League-N leaders.

PML-N supremo Nawaz Sharif also kept a high-end vehicle with him for nearly a decade, he added.

Firing a fresh salvo, the opposition leader said that PPP and PML-N again hatching plans for looting Pakistanis however he mentioned that they [PDM alliance members] have no idea about the anger in distressed citizens.

Imran also addressed the incident of sloganeering in Masjid e Nabwi. He termed the case against himself and his party leaders foolish move, while he again mentioned that those leaders would be treated in the same manner elsewhere in the world.