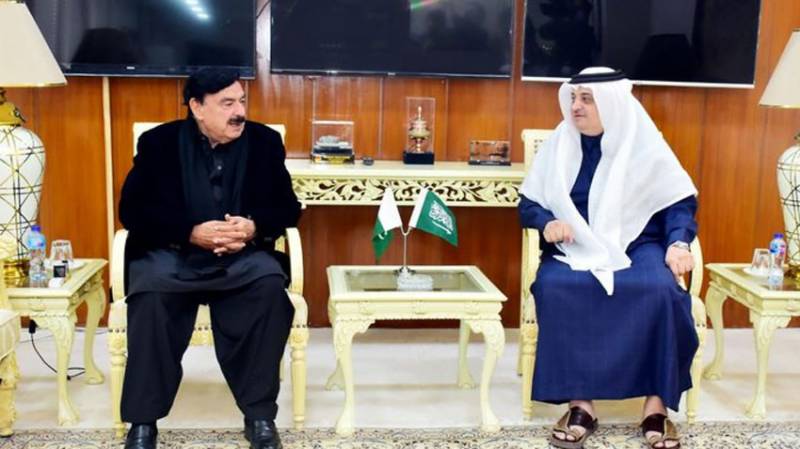 During the meeting, views were exchanged on bilateral relations and other matters of mutual interest.

The Ambassador said that steps are being taken to promote tourism and trade between Pakistan and Saudi Arabia.

He extended an invitation of Saudi Minister of Interior Prince Abdulaziz bin Saud bin Naif to Sheikh Rashid Ahmed to attend a Defence Exhibition being held in Riyadh from sixth to ninth of this month.

Sheikh Rashid Ahmed thanked his Saudi Counterpart for inviting him to attend the exhibition.