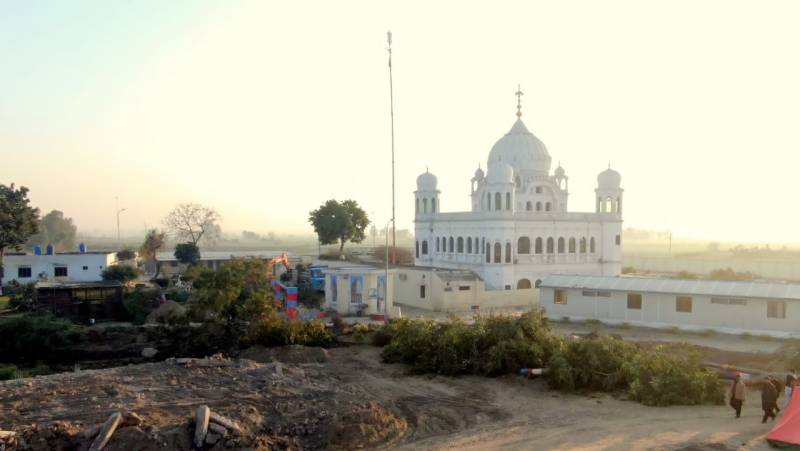 Indian officials raise false alarms before allowing Kartarpur pilgrims to exit the country. “The border control officer warned that once Pakistani authorities stamp the passport you will not be allowed to travel anywhere in the world,” said one pilgrim. “Pakistani authorities only check the passport. They do not stamp the travel document,” the irked pilgrim added, Tribune has reported.

Known as the Gurdwara of Darbar Sahib, the Sikh temple is located where the founder of Sikhism, Guru Nanak, lived and died at the start of the 16th century.

In what was dubbed as a historic step toward peace, the government in Pakistan opened its doors to allow Indian Sikhs to travel freely to visit the holy site last November.

Welcomed enthusiastically by the Sikh community, the move represented a rare instance of co-operation between the two nuclear rivals, known to have fought three wars against each other since independence in 1947.

In addition to the rumours that seem to be circulated by the Indian officials, they are also charging exuberant amounts from pilgrims from far-flung areas.

Two Sikh women from Jalandhar, Satwant Kaur, and Bhupendra concurred the Indian authorities were creating unnecessary hurdles. “We were made to wait for several hours for one reason or the other,” they said.

One pilgrim said they are accused of being radicalised in Pakistan during the brief stay in the country. Similar remarks landed a senior police officer from Punjab in hot water. DGP Dinkar Gupta has been facing the ire of the opposition parties for his purported statement on the Kartarpur Corridor.

“Kartarpur offers a potential that you send somebody in the morning as an ordinary chap and by the evening he comes back like a trained terrorist,” said Gupta. His statement has angered the Sikh community in India.

“No one can stop the pilgrim from visiting this holy site,” he said in a statement. “No matter what the Indian government and agencies have to say about the pilgrims, they cannot stop the community,” Singh added.

Relations between the two countries remain strained since Indian jets intruded Pakistan’s airspace, and in response, they were shot down by the Pakistan Airforce, but Islamabad has ensured that Sikh pilgrims are treated with dignity during their short stay.