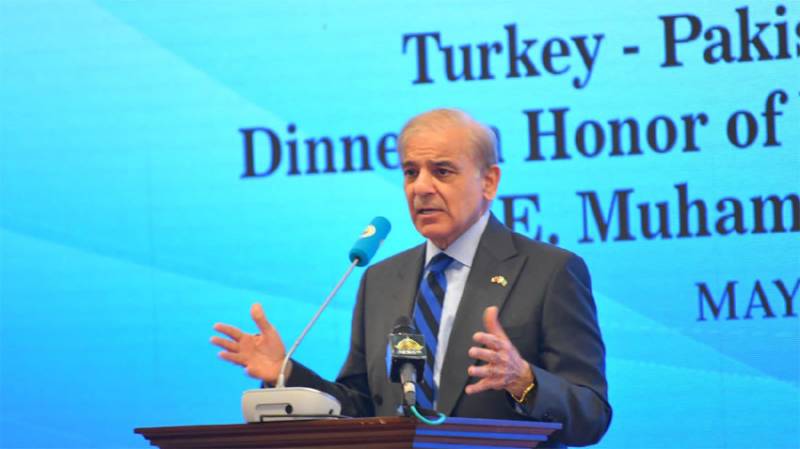 The premier expressed his regret while addressing a dinner reception hosted by President of the Union of Chambers and Commodity Exchanges of Turkey (TOBB) Riffat Hisarciklioglu in his honour.

PM Shehbaz Sharif, along with a high-level delegation, arrived in Turkey on his maiden visit after assuming the office on April 11.

“Business is business, I would like to regret and say sorry for maltreatment done to Turkish businessmen. I apologise to you personally,” he said.

He highlighted that Pakistan was able to materialise various projects including the metro bus project in Lahore and waste management with the assistance of Turkey.

Assuring all-out support to Turkish firms, he said that the government will take measures to remove hurdles in their future ventures.

The premier also urged the business community of Pakistan and Turkey to take the bilateral trade to $5 billion mark within next three years.

He said unfortunately the historic friendship between Pakistan and Turkey does not reflect in the bilateral trade which currently stands at 1.1 billion dollars.

PM Shehbaz said the government has done away with all the impediments to business sector, urging Turkish investors to invest their capital in multiple sectors like agriculture, IT, dairy, textile, and many other fields.

The Prime Minister also thanked the Turkish people and the leadership for supporting Pakistan during the earthquake and floods, besides showing its unwavering support for the Kashmir cause. He also reiterated Pakistan’s stance to support Turkey on the Cyprus issue.