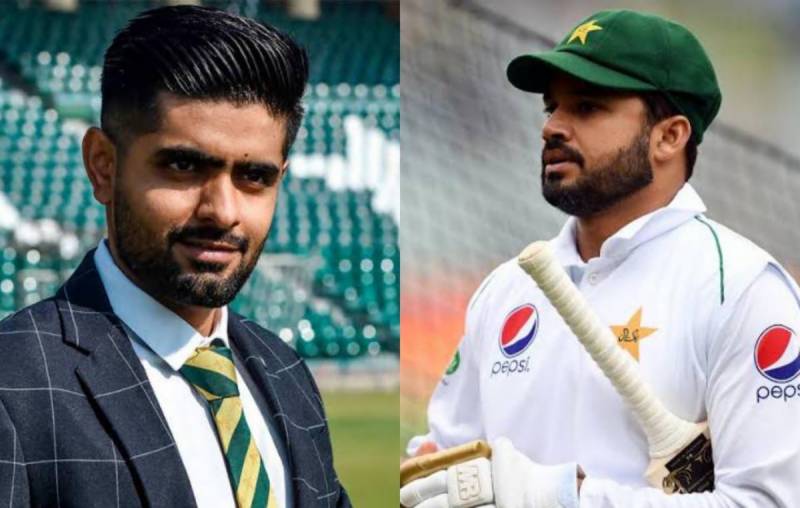 ISLAMABAD - Pakistani cricketers Azhar Ali and Babar Azam share a great friendship bond. Being best buddies, Ali wishes that his 26-year-old teammate should get hitched as soon as possible.

Turning to his Twitter handle, Azhar Ali invited his massive fan following for an interesting question and answer session where he had some witty replies and fun revelation to his credit.

The cricket buffs were left overjoyed as Azhar Ali took time out of his busy schedule and interacted with the fans.

One user named "BabarAddictor" asked the former Test captain what advice he would give the incumbent skipper.

"Shadi ker lay [Get married]," while Ali didn't elaborate he was joking or was serious the answer was quite amusing.

The *Ghalat Fehmi* crooner Asim Azhar asked Ali about his favourite partnership to which he responded it was with the singer himself.

A fan wondered why the Pakistan cricket team was lagging behind and not coming at par with "modern cricket".