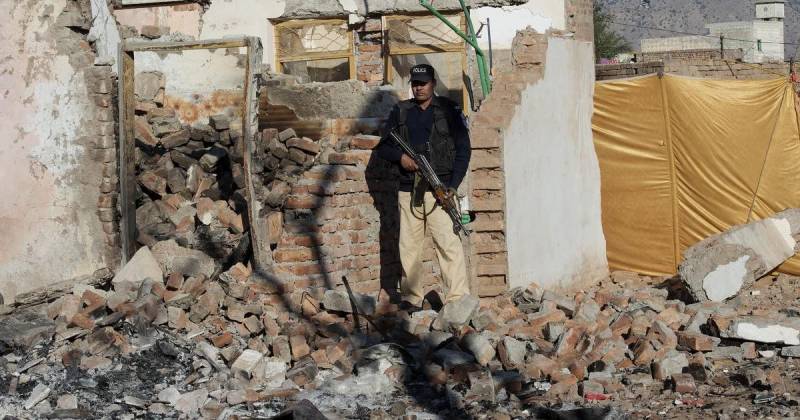 PESHAWAR – Police in northern Khyber Pakhtunkhwa province have arrested more than two dozen suspects in overnight raids a day after a Hindu temple was set ablaze and badly damaged by a mob in the town of Karak, some 100km (62 miles) southeast of the provincial capital Peshawar.

As many as 350 people including JUI-F district leader Maulana Mirza Aqeem have been booked for launching an attack on Shri Paramhans Ji Maharaj Samadhi on Wednesday.

However, a total of 31 suspects have been arrested raids are being conducted to arrest the other suspects.

The mob carried out the attack as locals were apparently offended by a planned extension of the temple, which was built in 1920.

Karak District Police Officer Irfanullah said the shrine's keeper had "secretly" bought a house next to the shrine. The protesters were against its construction because they assumed the shrine was being expanded.

Chief Justice of Pakistan Gulzar Ahmed has taken took suo-motu notice of the incident after a meeting with Pakistan Hindu Council representative Dr Ramesh Kumar. The case will be heard on January 5.

The top court has also sought a report from the National Commission of Minorities as well as police chief and chief secretary of the northwestern province.