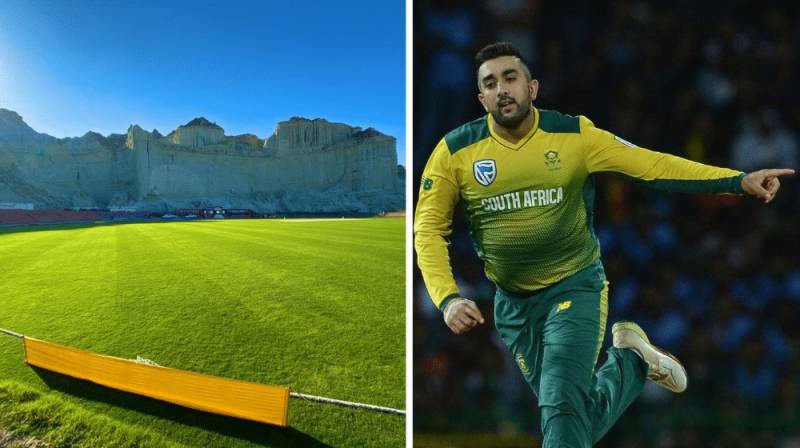 The stunning beauty of Gwadar Cricket Stadium has left the cricketers and fans mesmerized. Famous television host, Fakhr-e-Alam, posted a video of the stadium on Twitter, showcasing the stunning backdrop and the lush green outfield.

The video has since gone viral, and the images have been uploaded by the official account of the International Cricket Council (ICC) as well.

Shamsi tweeted, “Can we move the 3rd T20 to this place?? Looks stunning! The 3 most beautiful surroundings for a cricket stadium for me would be Newlands, Dharamsala, and this place.”

Shamsi, regarded as a limited-overs specialist, is part of South Africa’s Test squad for their tour of Pakistan, keeping in view the spin-friendly conditions in the country. He has only played 2 Test matches in his career, picking up six wickets at an average of 46.33. Before the South African team’s travel to Pakistan, Shamsi said that he is proud to be a part of this historic tour and is looking forward to playing in a new country. ------------------------------

The second Test is scheduled to begin on 4 February at Rawalpindi Cricket Stadium. Following the Test matches, the three-match T20I series will start from 11 February at Gaddafi Stadium, Lahore. Shamsi will likely be a part of the starting eleven in the T20I series.