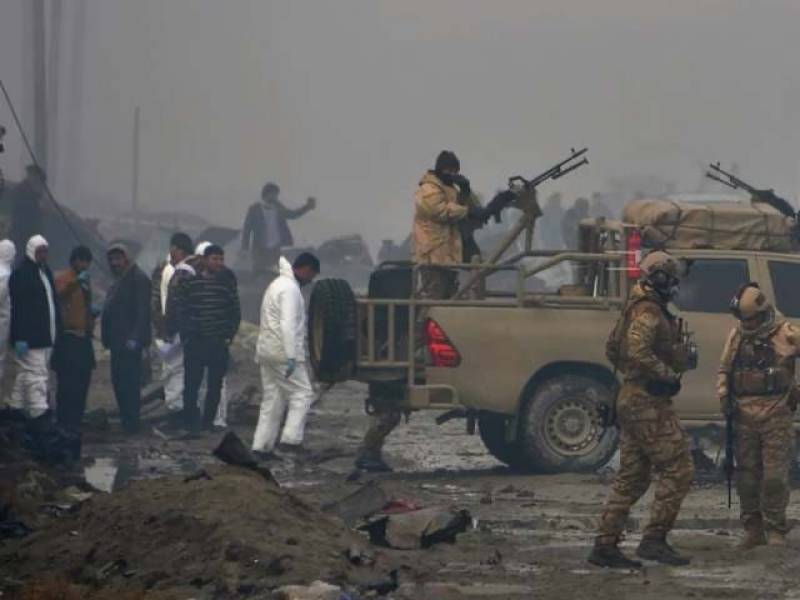 *Taliban attacks in the Afghanistan capital city, Kabul are on the rise, mainly targeting government officials, civil-society leaders and journalists, a report by a U.S. watchdog said Monday.*

The report by Special Inspector General for Afghanistan Reconstruction, known as SIGAR, come at the time when Biden administration plans to take a new look at the peace agreement between the US and the Taliban, signed in February 2020 under President Donald Trump tenure.

The repot citing numbers provided by U.S. forces in Afghanistan said that militant group’s attack initiated across the country during the last quarter of 2020 were slightly lower than in the previous quarter, but exceeded those of the same period in 2019.

“Enemy attacks in Kabul were higher than during the previous quarter," the report quoted U.S. forces. “They were much higher than in the same quarter last year.”

Only in December last year, Taliban unleashed a wave of attacks across the country, including strikes in northern Baghlan and southern Uruzgan provinces over a two-day period that killed at least 19 members of the Afghan security forces.

In Kabul, a roadside bomb struck a vehicle, wounding two, and a lawyer was shot in a targeted killing.

Resolute Support, the NATO-led mission in Afghanistan, reported 2,586 civilian casualties from Oct. 1 to Dec. 31 last year, including 810 killed and 1,776 wounded, according to the SIGAR report.

The report said that 17 percent increase was witnessed in casualties caused by improvised explosive devices in this quarter.

Despite the ongoing violence, casualties across Afghanistan in the last quarter of 2020 decreased by 14%, compared to the previous quarter.

According to the World Bank, corruption is rampant among Afghan government ministries, driving a wedge between the government and much of the population, frustrating international donors, and contributing to a poverty level in the country of more than 72%.

Also, recent international aid agency reports said that more than half of Afghans are in dire need of assistance just to survive 2021.

Meanwhile, U.S. airstrikes increased in the last quarter of 2020 as U.S. forces provided defensive support to Afghan security forces, according to the U.S. military.

It reiterated that since the signing of the U.S.-Taliban deal, U.S. forces have ceased offensive strikes against the Taliban.

Earlier this month, Taliban representatives and the Afghan government resumed peace talks in Qatar, the Gulf Arab state where the insurgents maintain an office.

The stop-and-go talks are aimed at ending decades of conflict but frustration and fear have grown over the recent spike in violence, and both sides blame one another.

Pentagon chief spokesman John Kirby said last week that the U.S. stands by its commitment under the deal for a full troop withdrawal, but the agreement also calls for the Taliban to cut ties with al-Qaida and reduce violence.

The authorized goal strength of Afghan defense forces has been adjusted downward to 208,000 personnel, the SIGAR report said. It had been roughly 227,000 for many years.