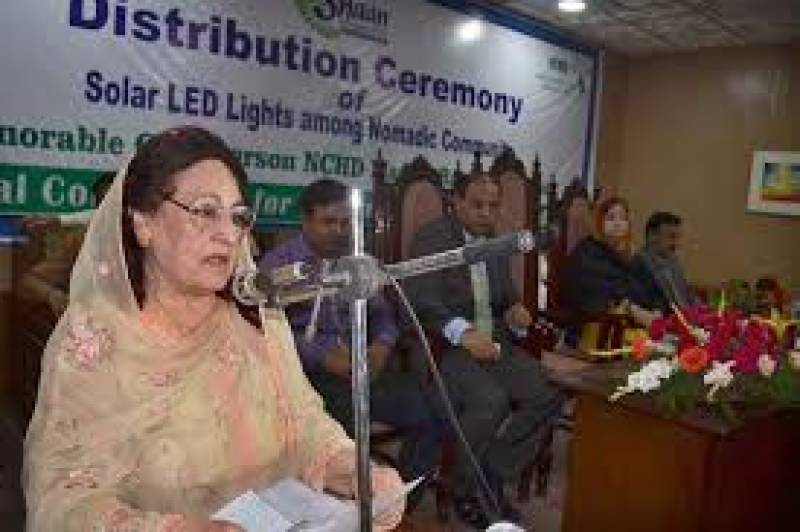 ISLAMABAD: NCHD Chairperson Razina Alam Khan Wednesday said the main focus of National Commission for Human Development (NCHD) was to educate some 57 million illiterate persons with their capacity building to overcome challenges being faced by the nation.

Speaking at the NHCD's Advisory Council meeting, Razina Alam, who is also a former senator, urged the stakeholders, including donors, provincial governments, and local and and international non-governmental organisations, to help the commission achieve its goals.

She said after getting 40 percent of the illiterates educated, the NCHD was now paying attention to their capacity building and skill development, besides character building which was not possible without imparting religious education.

The NCHD's efforts were aimed at empowerment of the uneducated persons, making them useful citizens of the country, she added.

Speaking on the occasion, social worker Hina Salman said the available reading material should be collected and provided to experts for utilizing in character building of the learners.

She said their aim was to develop a learning resource base for 350,000 children, for which Hina Salman along with other Advisory Council members Samina Qadir, Samia Raheel Qazi, Abid Gill and Dr Muhammad Ajmal of AIOU offered their services.

Gen (R) Muhammad Tahir suggested that the assistance of National Education Foundation could be sought for the character building of the illiterate persons.

Hina Salman said some 6,000 adult literacy centers were working across the country under the NCHD's Functional Literacy Programme, where 145,000 illiterate persons were attaining basic literacy skills. Besides 5,949 community feeder schools in the remote areas, some 100 Madrasa feeder schools had been set up in Azad Jammu and Kashmir, Federally Administered Tribal Areas, Gilgit-Baltistan and Islamabad Capital Territory under Mainstreaming of Madrasa Project, she added.

She said besides revising old manuals and booklets for skill development, experts at the National Training Institute had prepared new manuals on multi-grade teaching technique, functional literacy, and training manual for education professionals.

Preparation of National Plan of Action for Literacy and Non-formal Education (2018-25), which would be launched, was another landmark achievement of the institute, which would be helpful for policymakers and planners working on education and literacy, she added.

New PC-1 of NCHD was also discussed in the meeting. The council members appreciated the strategy for addressing the 6.4 million children aged 10-16 years through non-formal schools along with 20,670 adult literacy centers and 3000 additional community feeder schools as planned in the PC-1. They recommended that the new PC-1 should be for five years.