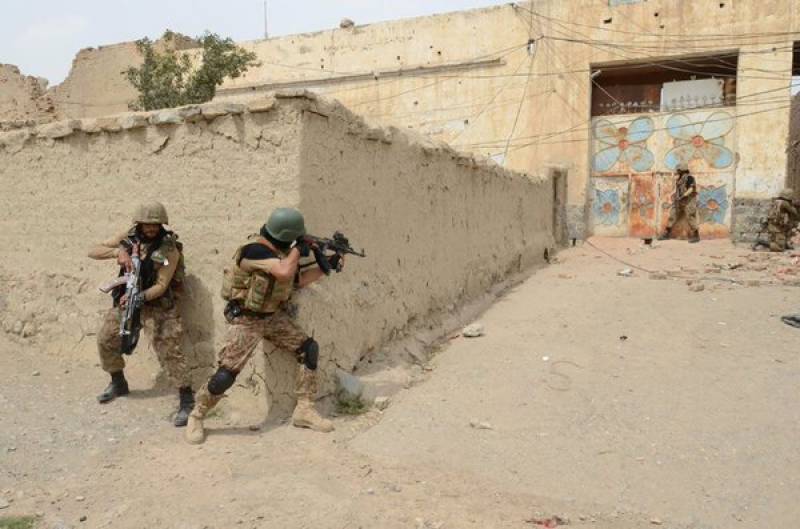 According to Inter Services Public Relations (ISPR) here, one terrorist affiliated with TTP (Naurang) was killed in exchange of fire.

During search of the area, eight terror suspects were apprehended.