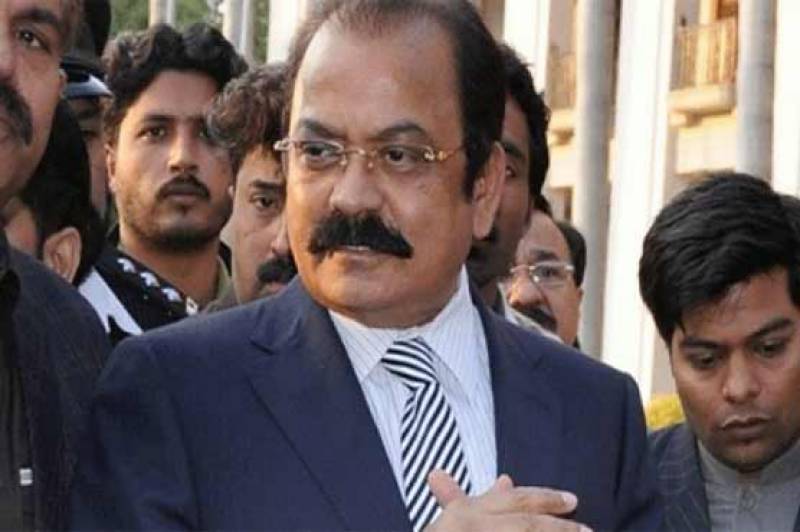 Punjab law minister Rana Sana Ullah has said that Hafiz Saeed had been detained by the orders of federal government and there was no evidence against the JuD chief in Punjab.

Rana Sanaullah also lambasted PTI leader during his media talk and termed him as ‘Donald Trump’ of Pakistan.

He expressed that Pakistani masses had a narrow escape as they were about to elect Pakistan’s Donald Trump i.e., Imran Khan.

The law minister also revealed that we would bury Imran Khan’s politics in 2018.