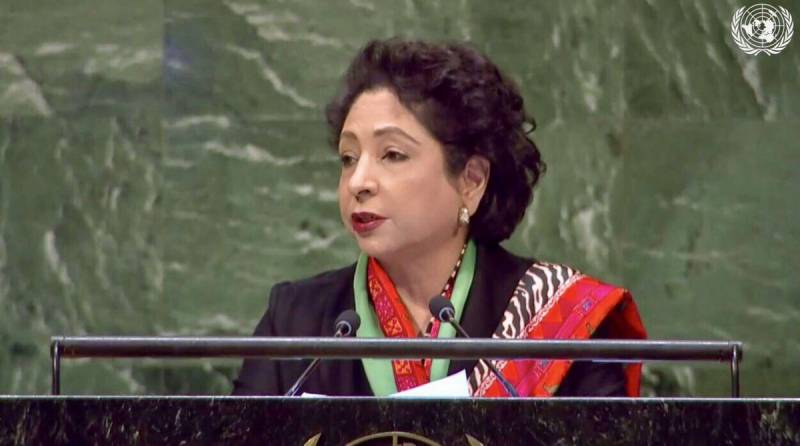 Pakistan has called on international community to take urgent action to end sufferings of Palestinian people.

Speaking in a debate on the Middle East situation in the UN General Assembly, Pakistan's Permanent Representative to the World Body, Dr. Maleeha Lodhi also stressed to ensure that Israel abides by all UN resolutions and international laws so as to pave the way for an independent Palestinian state.

She said Pakistan would join other member states in opposing a U.S. resolution that seeks to condemn Hamas for repeatedly firing rockets into Israel and inciting violence. She said this move is an attempt to deflect attention of international community.

The ambassador said a viable, independent and contiguous State of Palestine on the basis of internationally agreed parameters, the pre-1967 borders and Al-Quds Al-Sharif as its capital, is the only sustainable guarantee for enduring peace in the Middle East and there is no alternative.