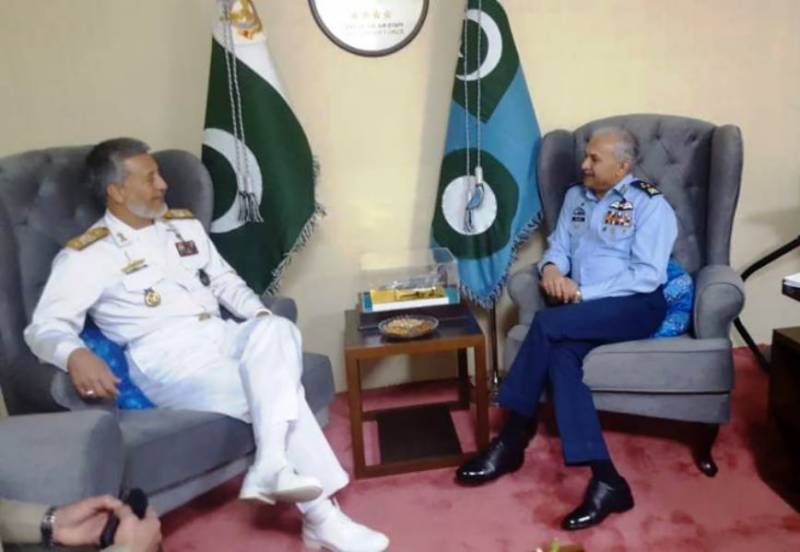 They also discussed cooperation in joint training programs between air forces of Iran and Pakistan.

He also met with Pakistan Chief of Naval Staff Admiral Zafar Mahmood Abbasi during which both sides agreed to enhance marine cooperation in Indian Ocean and the Gulf of Aden.

Admiral Abbasi on the occasion underlined Pakistan’s willingness to sign a naval agreement with Iran.

During the meeting, the two sides stressed mutual cooperation in military training, exchanging visits by flotillas, fighting insecurity in the sea, exchange of intelligence, joint military drills, cooperation in the Gulf of Aden and the Indian Ocean, and technical cooperation.

Rear Admiral Sayyari, for his part, said, “The Islamic Republic of Iran and Pakistan as two friendly, brotherly and neighboring states do not allow foreigners to interfere and sow discord between them at all.”