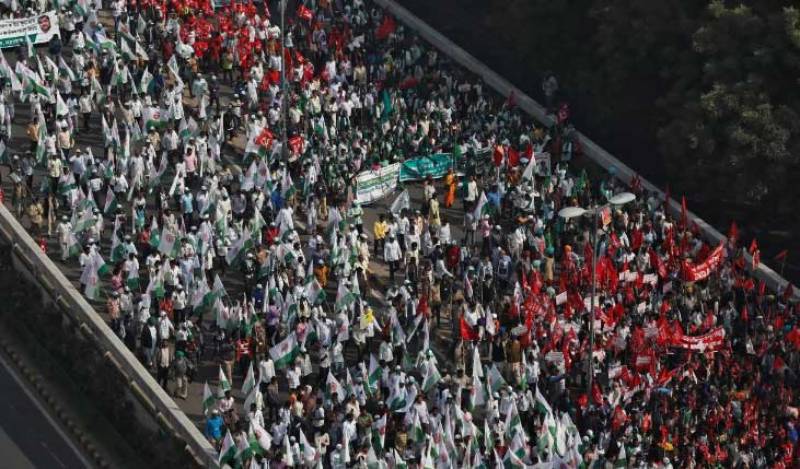 NEW DELHI: In India, tens of thousands of farmers and rural workers has protested against soaring operating costs and plunging produce prices. The protestors marched towards Indian parliament.

The protest is one of the biggest displays of frustration with Prime Minister Narendra Modi’s government, which faces a tough general election due by May next year.