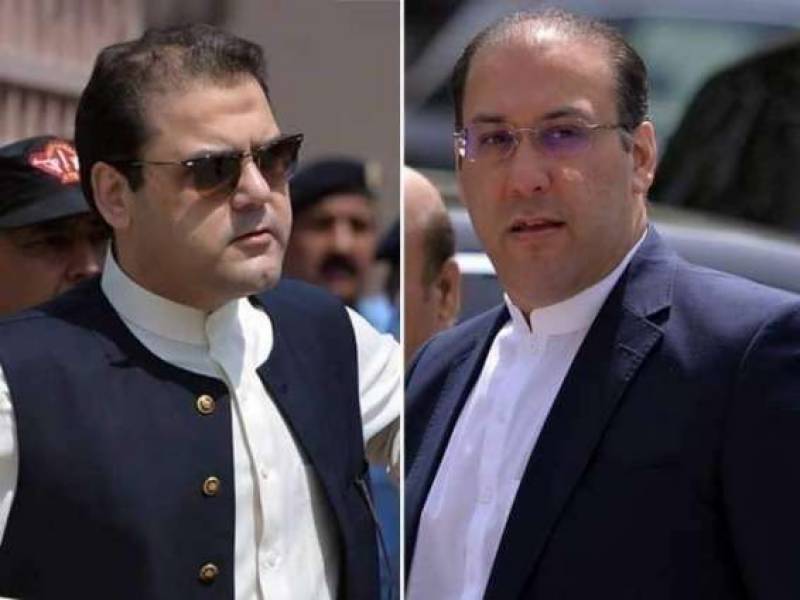 ISLAMABAD: The National Accountability Bureau (NAB) Prosecutor Wasiq Malik told the Accountability Court that Hussan and Hussain Nawaz escaped to abroad for avoiding trial and hiding the facts related to the graft references against Sharif family.

As the hearing began, Wasiq Malik said Hussain Nawaz started his business with the help of his grandfather Mian Sharif and established Al-Azizia Steel Mills in 2001 but it was sold out in 2006. According to Hussain Nawaz, machinery was shifted from Dubai to Jeddha for Al-Azizia Mills.

The NAB prosecutor said in a 'benamidar' case, it is discovered that who was the beneficial owner of subject assets, adding that the record had disclosed that most of the profit was transferred to Nawaz Sharif.

Later, Nawaz Sharif came on rostrum and stated that this matter was started in 1973 when Gulf Steel Mills was established and then other assets were made, adding, that time no body asked about the money trail.

He said the prosecution should prove the ownership of assets against him.

At this, the judge asked the accused that it would hear his arguments after the prosecution conclude its arguments.

Wasiq Malik said that money was directly transferred to Nawaz Sharif from HME and he would submit details in written with the court in this regard.

Nawaz's sons flee abroad after the apex court announced its judgment in Panama papers case, he said, adding that the question was that how these assets were established.

Judge Arshad Malik said the accused was supposed to tell that how the Al-Azizia Steel Mills was establishment. Receiving money from relatives abroad was a common practice.

At this, Nawaz said that it was an honor for every son to send money to his father and it was a tradition.

The NAB Prosecutor said that the documents of Hassan and Hussain Nawaz couldn't be ignored.

On a query by judge, he said Hussain Nawaz had been dependent on his father since he started business as he had nothing in ownership.

The judge remarked that being a prime minister, it was right of Nawaz Sharif to ask his sons that how they established these assets. He asked the defense counsel to keep these points in mind to answer on his turn.

The Judge remarked that interestingly, the accused had not shown even one vehicle in his tax returns.

Later, the court adjourned hearing of the case till next Monday.