Those who didnot stop the foreign conspiracy are also responsible for current situation of country: Imran Khan
1 Aug, 2022 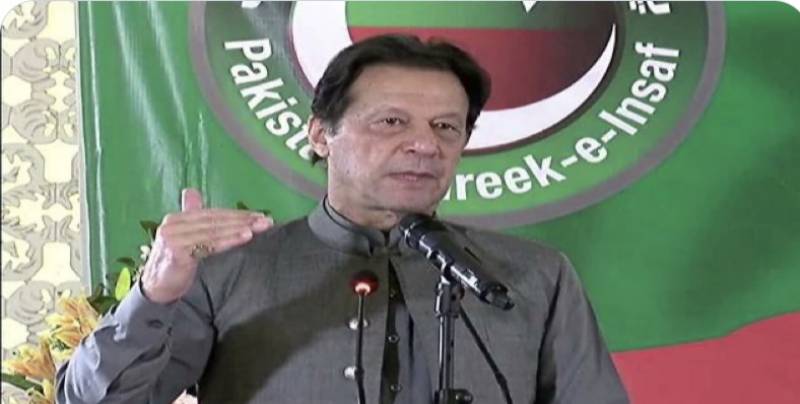 ISLAMABAD - PTI chairman Imran Khan has said that the PML-N and the PPP have a created a system of rigging in the elections.

Addressing the PTI National Council on Monday, he said that the PTI had introduced the electronic voting machine (EVM) for transparent elections. "The Election Commission of Pakistan (ECP) tried its best to block the EVM," he added.

Imran Khan said that those who did not stop the conspiracy are also responsible for the current situation. "What was the crisis in the country on whose pretext the PTI government was toppled? No one trusts this government. The COAS has to phone the countries for money from the IMF," he maintained.

He said that the dollar rate was at Rs250 and the interest rate was above 38 percent. "The PTI will win the elections by two-thirds majority in the next elections. We have no trust in the ECP. The chief election commissioner should resign. We will stage a protest demonstration in front of the ECP," he added.

The former prime minister said that the rulers had toppled the PTI government on the pretext of inflation. "The rulers' politics of interests has been exposed before the nation during the four months," he added.

He said that the rulers' objective to assume the power was not to reduce the inflation, but to get the NRO.

Imran Khan said that only the people having their life and death in Pakistan should lead the country. "Overseas Pakistanis work for 15 hours and send their hard-earned money to Pakistan, but the crocodiles sitting here again send their money abroad," he added.