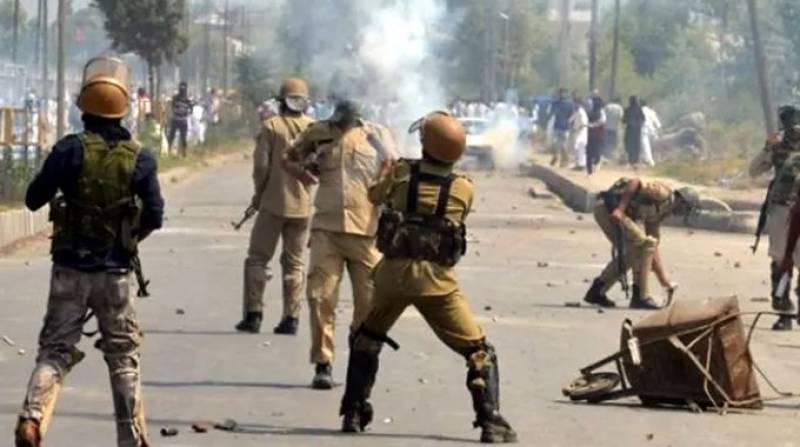 Indian troops in their unabated acts of state terrorism martyred six Kashmiris in Indian illegally occupied Jammu and Kashmir during the last month of July.

According to the data issued by the Research Section of Kashmir Media Service, on Monday, of those killed two youth were martyred in fake encounters.

Meanwhile, the All Parties Hurriyat Conference leadership has reiterated its call for a complete shutdown and large-scale protest demonstrations on Friday, August 5.

It appealed to the people to observe the day as the Exploitation Day to convey a strong message to the world that Kashmiris reject India’s illegal occupation.

APHC senior vice Chairman Shabbir Ahmed Shah in a message from New Delhi’s Tihar Jail while termed 5th August 2019 as one of the worst chapters in the history of Jammu and Kashmir.

The incarcerated APHC Vice Chairman, Ghulam Ahmad Gulzar deplored that the RSS-backed Modi government was hell-bent on turning Jammu and Kashmir into a graveyard for imposition of its devil Hindutva ideology.

The APHC leadership urged the Kashmiris all over the world to hold protest demonstrations in world major capitals on 5th August to expose Indian crimes in Kashmir.

Jammu and Kashmir Liberation Front in a statement expressed concern over the shifting back of ailing Muhammad Yasin Malik from hospital to New Delhi’s Tihar jail.