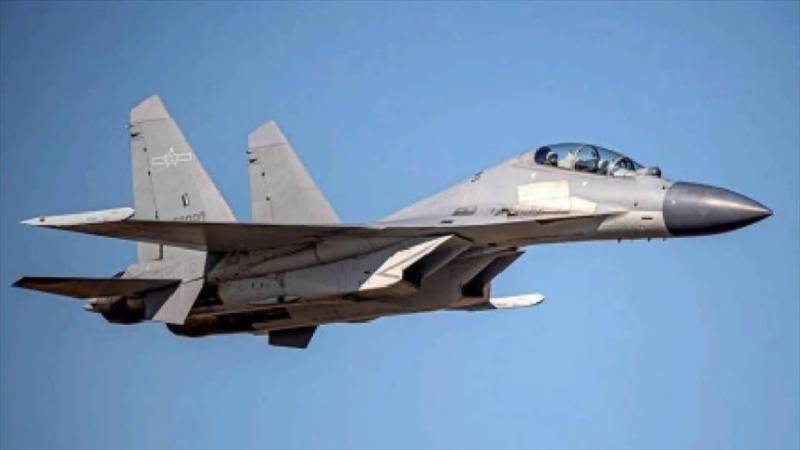 Taiwan on Thursday said 13 Chinese jets entered its air defense identification zone (ADIZ), flying near a location where the US and the Philippines are conducting joint military exercises.

Six J-16s, four J-10s, two H-6 strategic bombardment planes and a KJ-500 early warning and control aircraft entered the ADIZ in the morning and evening, the Taiwanese Defense Ministry said in a statement.

​​​​The ADIZ is a buffer zone outside a country’s airspace, where it has the right to ask incoming aircraft to identify themselves.

The ministry said the Chinese planes were given radio warnings and monitored by military patrol planes and air defense systems.

The area of infringement was north of the island of Luzon, where 9,000 soldiers from the US and the Philippines are engaged in joint exercises that have drawn Beijing’s ire.

As the world focuses on the Russia-Ukraine war, observers are also closely watching China’s moves regarding Taiwan, which it claims as “a breakaway province.”

Taipei, however, has insisted on its independence since 1949 and maintains diplomatic relations with at least 14 countries.

Tensions have been heightened since last October when Beijing celebrated its founding anniversary, and in the days that followed, numerous Chinese numerous warplanes flew into what Taiwan calls its ADIZ.

Hectic air activity across the Taiwan Strait has continued in recent months, with scores of Chinese jets entering the zone and keeping Taipei on edge.