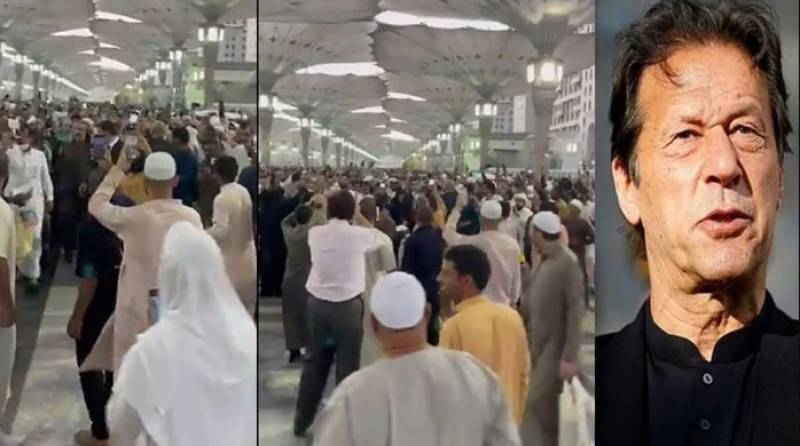 The application has been filed by the PML-N leader Sheikh Muhammad Naeem in the Madina Town Police Station in Faisalabad.

In the application, the PML-N leader said that the Pakistan Tehreek-e-Insaf (PTI) workers violated the sanctity of Masjid Nabvi by chanting slogans so strict action should be taken against them.

The PML-N applicant also said that billions of Muslims are heartbroken by such actions.