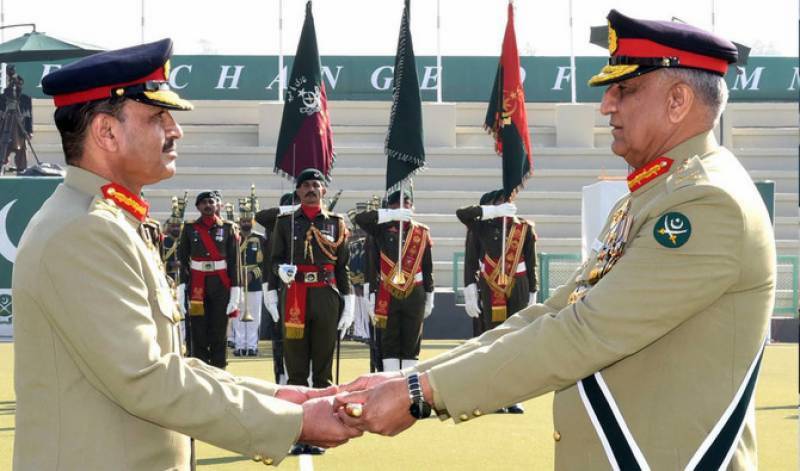 ISLAMABAD – Outgoing military chief Gen Qamar Javed Bajwa on Tuesday handed over the command of the army to Chief of Army Staff General Syed Asim Munir at a ceremony being held at the General Headquarters (GHQ) in Rawalpindi.

Gen Bajwa passed the baton of command to Gen Asim at a ceremony held at General Headquarters (GHQ). In the ceremony, the outgoing chief hands over the baton, the Malacca Cane, an integral part of high-ranking army officials.

The change of command ceremony started after 10 am, with the army band performing national songs to pay tribute to the top leadership.

The outgoing chief and Gen Asim Munir laid a wreath at the martyr's monument and offered prayers.