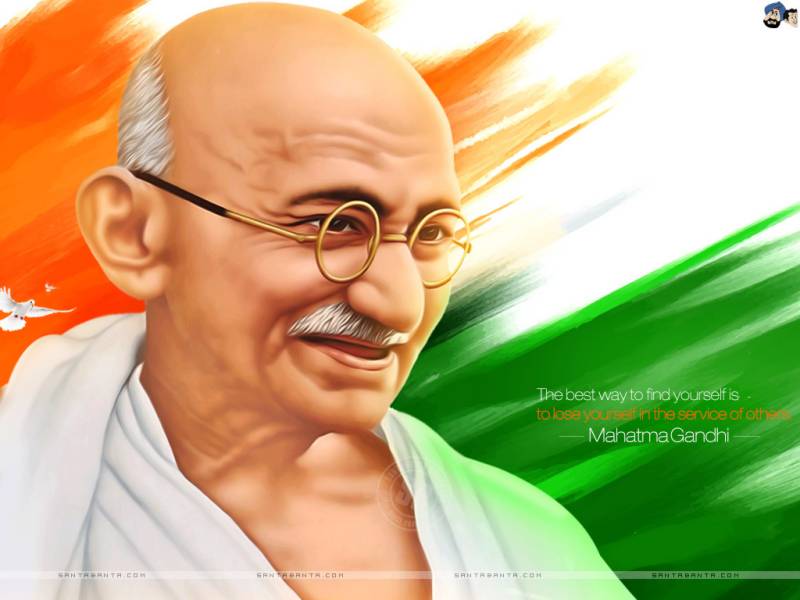 Gandhi only wished to “prettify” the caste system, the New York-based Dalit writer said at the Jaipur Literature Festival. “How could one say Gandhi was an anti-caste man? He really wanted to preserve the caste system, and why he paid lip service to the upliftment of untouchables is because Hindus needed a majority against Muslims for political representation in the British government. That was the only reason Hindu leaders ever took up caste issues,” Gidla said.

The author of “Ant Among Elephants: An Untouchable Family and The Making of Modern India” was speaking at a session titled, “Narratives of Power, Songs of Resistance”.

To validate her argument, she recalled an episode from the political leader’s time in South Africa where he said “black” people were “kafirs” and “losers”. “In Africa, when they were fighting against the British for instituting the passport… he said, ‘Indians are hard working people, they should not be required to carry these things. But, black people are kafirs, losers and they are lazy, yes, they can carry their passport but why should we do that’?” she recounted.

“Gandhi was very casteist and racist indeed and any red-blooded untouchable will know what Gandhi’s real intentions were,” she added.

Gidla, also took a dig at contemporary Indian Dalit leaders like Mayawati <link> and Jignesh Mevani who, she said, have “chosen to work under the framework of electoral politics”.

The author, who now works as a conductor in the US subway, said a parliamentary party like the Bahujan Samaj Party <link> (BSP) can only work for the Dalit community from within the limited framework they choose to operate in. “Everyone says BSP has given rights to untouchables, it gave them self-confidence and dignity. But really nothing came out of it. Mayawati made herself very very rich, her brother made himself very very rich. And that is all that happened to Dalits,” she said.

Gidla moved to New York City with the first-hand experience of differential treatment of untouchables in India. While she “applauded” Mevani’s sincerity, she also accused the young Dalit leader of “empty rhetoric”. “Jignesh Mevani right now seems militant and his protest against Una flogging are very admirable but then again he has chosen to work under the framework of electoral politics and there is only so much he can do from within it.

She cited the 1984 storming of the Golden Temple, and the subsequent riots following the assassination of Indira Gandhi <link> in Delhi in which over 3,000 Sikhs were massacred. “It was communal. And Congress was the one that did it. Not BJP,” she said. “So the only difference between them and BJP is that BJP is open about it, Modi is open about his communalism,” she added.

Gidla was joined by Jovan Mays, a poet from the US, who talked about the condition of Black Americans over the years, while drawing a parallel to the Dalit situation in India.