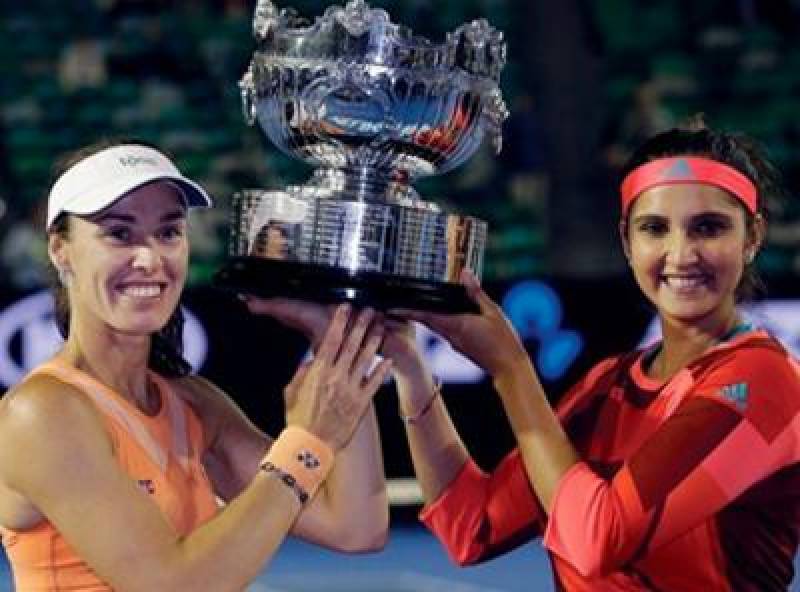 NEW DELHI: Indian Tennis Star Sania Mirza and her partner Martina Hingis have won their third consecutive Grand Slam women’s doubles crown on Friday after they defeated Andrea Hlavackova and Lucie Hradecka in the Australian Open Final which was held in Melbourne.

Sania and Martina who fought against  seventh seeds Andrea Hlavackova and Lucie Hradecka, won the women’s double final  after defeating the opponents by 7-6  and 6-3.
It was second title after 2009, when Sania had won the mixed doubles in 2009 with Mahesh Bhupathi.
After the achievement, Sania said that “I would like to thank everyone for coming out and supporting us. Australian open is special for me, it’s like home. I have great memories here. Martina is an amazing personality and amazing person, so it is a privilege for me to play with her”.

Both tennis stars Sania and Martina have now their unbeaten run to 36 matches and winning eight titles in a row.